Bros were massive teen sensations in the UK in 1988 and all five singles from their debut Push reached the top five of the UK singles chart. The album went quadruple platinum, selling well over 1m copies in the UK.

By the second long-player, 1989’s The Time bassist Craig Logan had left and twin brothers Matt and Luke Goss carried on as a duo. The hysteria had calmed down a bit by this stage, but the album still delivered three top ten hits (‘Too Much’, ‘Chocolate Box’ and ‘Sister’) and the fourth, ‘Madly in Love’, peaked at a still respectable number 14. Third album Changing Faces was all but ignored and Bros split soon after.

Bros have been back in the spotlight recently as a result of the superbly enjoyable Bros: After The Screaming Stops documentary, which followed the brothers as the got back together in 2017 for a UK tour (which, in the end, was only three dates). The documentary was screened on the BBC in the UK over Christmas 2018 and became a trending sensation thanks to sheer ridiculousness of the talking head interviews, Matt and Luke’s occasionally explosive relationship and the non-stop words of ‘wisdom’ (“Rome wasn’t built in a day. But we don’t have the time Rome had”, “You can’t play conkers in England” etc.).

Broadly speaking, the three-CD version of Bros Gold offers all the big hits on disc one, the not quite as big hits on disc two and then a selection of mixes, edits and alternative versions on the final disc.

The coloured vinyl  keeps things very simply by featuring all the 12 singles from the original era (including ‘Silent Night’ which was the AA-side on ‘Cat Amongst The Pigeons’.

Bros Gold will be issued on 27 March 2020 via Crimson/Demon Records. 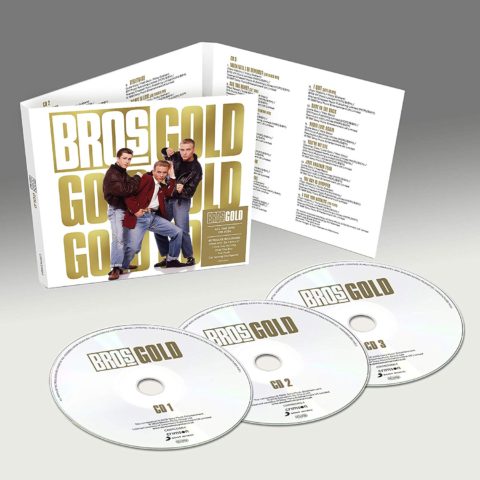 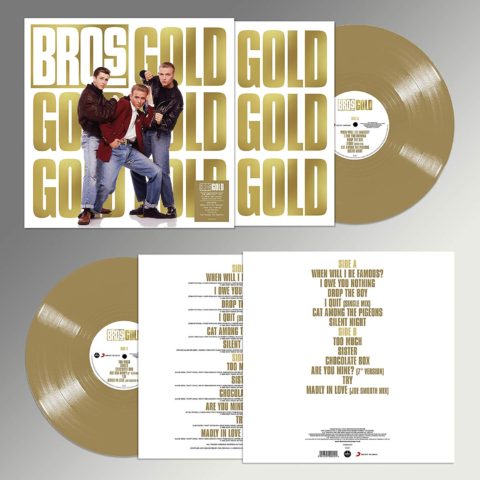 Cherry Pop will reissue an expanded version of Bros‘ second album The Time next month.