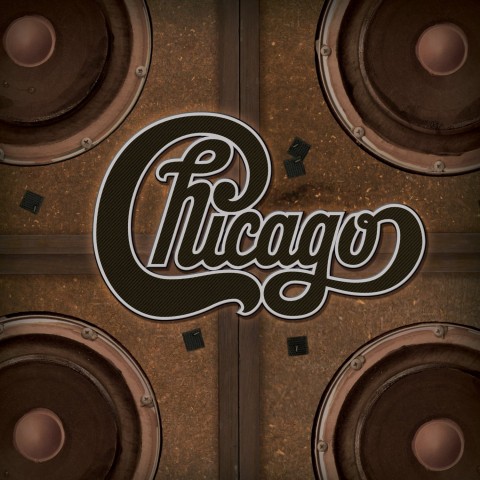 Immerse yourself in the remastered high-resolution 192/24 DTS-HD Master Audio sound of Chicago with Quadio, a new nine-disc blu-ray audio box, that delivers stereo and original quadrophonic mixes of their first eight studio albums (1969-76) plus the 1975 greatest hits compilation.

This June release by Rhino Records will cap a momentous couple of months for the Windy City’s finest during which they were inducted into the Rock and Roll Hall of Fame. Chicago reunited with founding drummer Danny Seraphine to play at the induction ceremony in Brooklyn on 8 April, and this collection, featuring much-loved songs such as Does Anybody Really Know What Time It Is?, Make Me Smile, Saturday In The Park, 25 or 6 or 4, If You Leave Me Now and many more hits will roll back the years for the band’s legion of fans.

After naming themselves and their 1969 debut studio album ‘Chicago Transit Authority’, the actual Chicago Transit Authority took legal action against the group, leading to them shortening their name to simply, Chicago. Thereafter, to be on the safe side, the kinda jazzy soft-rockers largely abandoned the frivolous use of words other than ‘Chicago’ in their subsequent album titles, instead adopting a Roman numerical system. There was Chicago (1970), Chicago III (1971) and Chicago V (1972). And who could forget Chicago VI (1973), Chicago VII (1974) and Chicago VIII (1975)? Then they snuck in the relatively extravagantly named Chicago IX: Chicago’s Greatest Hits (1975) before Chicago X (1976). Yep, they bloody love their home city.

All the above went at least platinum in America first time around, most went double platinum and the greatest hits collection went quintuple platinum Stateside (and triple platinum in Canada) and all are included in this set. The only omission here from that hugely productive 1969-76 period is Chicago at Carnegie Hall often referred to as ‘Chicago IV’, released in October 1971.

Each album has remastered in both quadrophonic and stereo, and the cover artwork (such as the glorious Hershey chocolate bar-style cover for Chicago X) and packaging details of the original release are said to be replicated to the last detail, including mini-posters and the iron-on that came with Chicago VIII. The quad mixes obviously require you to have an appropriate surround sound set-up, but the hi-res stereo mixes can be enjoyed by anyone with a blu-ray player, an amp and two speakers!

The official press release and other sources only list the albums included in the set not the tracklist on each, so we assume that there are no bonus tracks. If we find out different, we shall update this post accordingly. However, in excess of 120 remastered tracks by the ‘rock band with horns’ should satisfy all but the most demanding of longtime fans.

Quadio is released on 17 June.