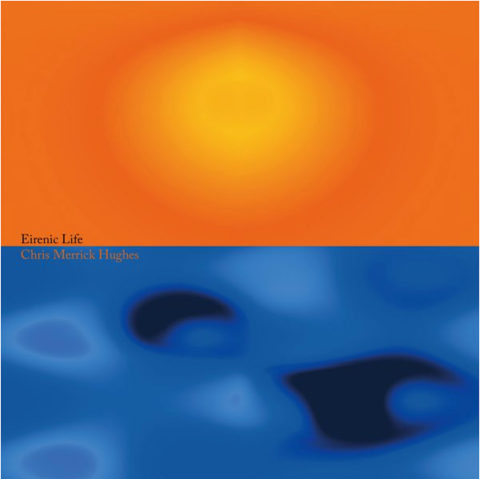 Chris Merrick Hughes is a great friend to SDE, regularly taking time out to talk about his production work with artists like Paul McCartney, Tears For Fears and Tori Amos. Chris is also an ‘occasional songwriter’ (he co-wrote Everybody Wants To Rule The World), so I’m pleased to be able to inform you that he is releasing a new album of modern experimental music called Eirenic Life.

The music is an album of instrumental piano ruminations and Hughes is keen to manage listener’s expectations. “The album doesn’t carry much form of traditional western composition, like developed harmonic work, it’s quite basic,” he says. “They’re more like sketches, strange melodic ideas. Not complicated, not boring but hopefully rewarding.”

Chris was inspired by minimalist composer Steve Reich as a young man and indeed his only other album, Shift (issued in 1994) was an exploration and reworking of several pieces by Reich. Hughes recalls how that long-player came about “At that time, I was preoccupied with pulse, tempo, rhythm and sequence. I was busy successfully producing artists and groups for major labels, so in my precious spare time and as an antidote to schedule, demands, problem-solving and unnecessary pressure, I decided to make Shift.”

At 62, Hughes is still busy with production work but he “decided three years ago that it was time for another solo project”, adding “I wanted something small and simple, and everyone understands the nature of piano. I didn’t want a synth record. I didn’t want mystery.”

“It was important to do something that wasn’t cathedral-like, with a hundred overdubs and chord progressions, things I often do in my day job. My album has purpose but it’s meandering, it’s supposed to be primitive. I did write other ambitious tracks, but I couldn’t connect with them. I’m also a huge fan of minimalism, if you can get your point across with less.”

Eirenic Life is released on Hughes’ own label, Helium Records, on 4 July 2017. The vinyl LP comes with a CD and SIGNED editions are available from the label’s website. There is no CD option but you can buy MP3 or WAV downloads too.

Pre-order a SIGNED Eirenic Life on LP+CD or as WAV files from Helium Records.