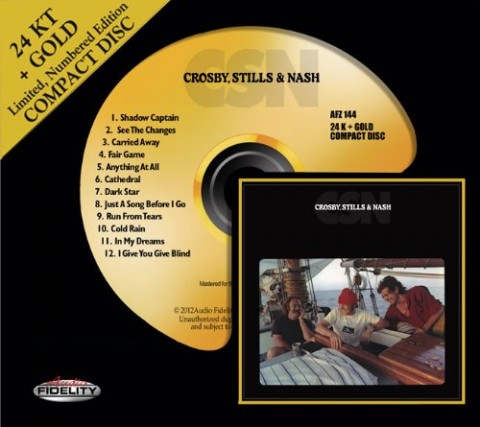 CSN, the third 1977 studio album by Crosby, Stills & Nash is being reissued on 13 August 2013 as a 24k Gold CD from Audio Fidelity, specially remastered for this edition by renowned audio engineer Steve Hoffman.

This classic album features the singles Just A Song Before I Go and Fair Game, with the former a Billboard Hot 100 top ten hit.

Graham Nash / Over The Years