David Bowie‘s 1970 album The Man Who Sold The World has been remixed by original producer Tony Visconti and is to be reissued on CD and vinyl as ‘Metrobolist’.

The album was Bowie’s first of the 1970s, and marked the beginning of David’s three-year collaboration with Mick Ronson. It was actually issued in America in November 1970 but not issued in the rest of the world until April 1971 (just eight months before Hunky Dory was released).

So what’s the deal with the new name? Well, apparently the album was originally titled ‘Metrobolist’ and was changed at the last minute. Parlophone assure us that the original stereo master tapes were in fact labeled ‘Metrobolist’ (although the named had been crossed out). 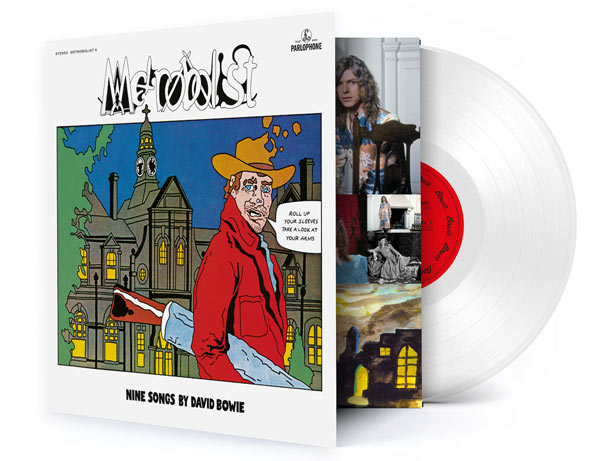 The important thing to understand is that it’s exactly the same album; the same nine tracks. However, what’s different is that as with Space Oddity last year, Tony Visconti has gone back to the multi-tracks and created a new stereo remix.

Interestingly, in a recent Q&A facilitated by davidbowienews.com, Visconti was asked the following question, by Ethan Paquet:

“Last year, you perfected Space Oddity using technology to fulfil what wasn’t possible in 1969. If you could do another full-album remix to ‘fix’ the sound of an album you’ve produced (or wish you had), what would it be?”

Tony’s answer was as follows:

“The Man Who Sold The World.  I already started but some of the masters are missing, so it won’t be a complete album in the sense of modern remixing.”

Visconti is right, it isn’t ‘complete’ because the press release for Metrobolis states that the whole album has been remixed with the exception of ‘After All’. However, rather than put this down to some pesky missing multi-track tapes, Parlophone say it wasn’t remixed because Tony considered the song “perfect” as it is. SDE will leave it to you to pass judgement on the transparency of that statement, but regardless, ‘After All’ on this reissue is the 2015 remastered version and not a remix.

The artwork for Metrobolist is clearly very similar to the original US Mercury cover. Apart from the title, and the “nine songs by David Bowie” below the image, the other obvious difference is that the line “roll up your sleeves and show us your arms” has been added to the speech bubble. I say ‘added’, in actual fact Mercury actually removed these words originally, leaving it blank. Mike Weller who created the original, has reworked his original artwork for this reissue.

The gatefold sleeve also features many images from the infamous Keith MacMillan Mr Fish ‘dress’ shoot at Haddon Hall which would cause so much controversy when one of the shots was used on the cover of the The Man Who Sold The World album outside of America in spring 1971.

Metrobolist will be made available on CD and vinyl. As well as a 180g black vinyl edition, it will come in 2020 limited edition handwritten numbered copies on gold vinyl (numbers 1971 – 2020) and on white vinyl (numbers 1 – 1970) – all randomly distributed.

Metrobolist will be released on 6 November 2020. 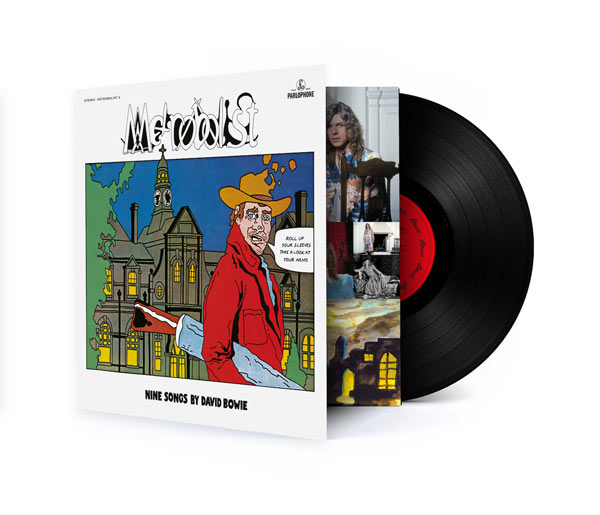 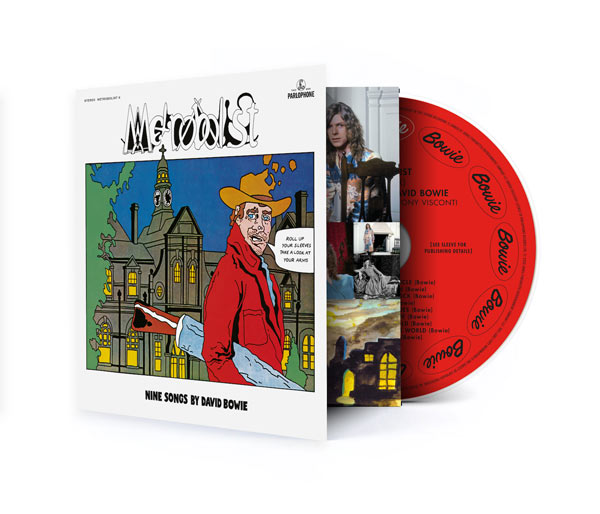