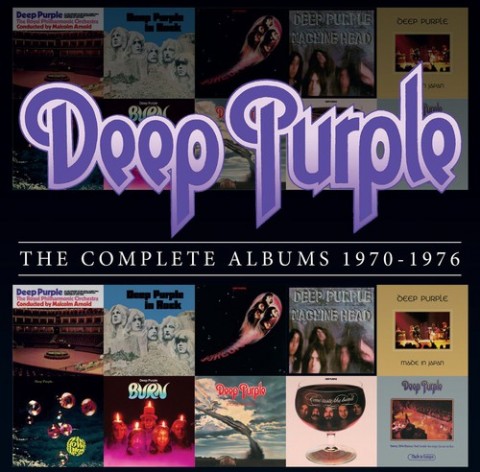 Seems like we’re wading in Deep Purple at the moment. This season not only brings the Perfect Strangers Live package from Eagle Rock and the 24k Gold 4CD box set from Audio Fidelity, but also this 10CD box –  The Complete Albums 1970-1976 – from Rhino.

Expect clamshell box packaging (like the Joni Mitchell set) and card sleeve wallets for the discs themselves. This set is out now for Canada, US and Germany – UK release date still to be confirmed.

16 October update: This set is only being released in the US, Canada and Japan. If it’s available anywhere else it’s an import.