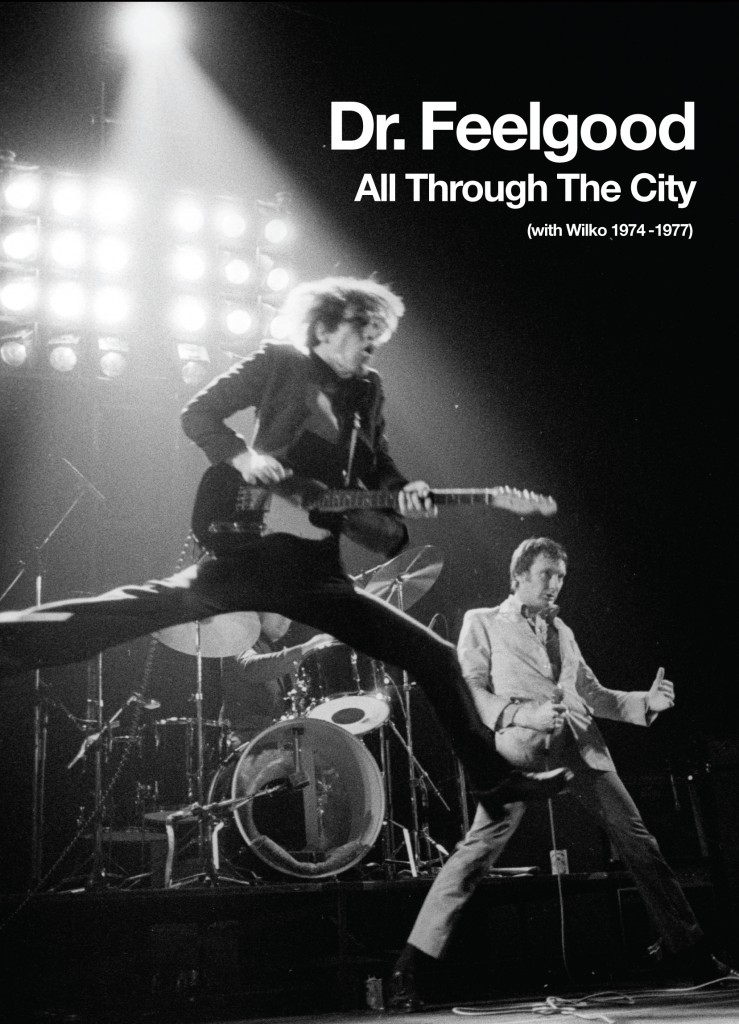 EMI are reissuing the last year’s Dr. Feelgood All Through The City 3CD+DVD box set in April 2013. The set is still less than a year old, but went quickly out-of-print and has commanded high prices for some months now on eBay and Amazon marketplace.

Details are still to be confirmed on what the repackage will actually look like, but our guess is that the four discs will reside in a CD ‘fat-box’ with the extensive notes, photos and comic strips of the original repurposed into a standard square CD booklet.

The All Through The City box concentrates on the Wilko Johnson-era and this reissue comes a few months after fans were saddened by the news that the Canvey Island guitarist has terminal cancer of the pancreas.

Read our review of the original release, along with track listings.