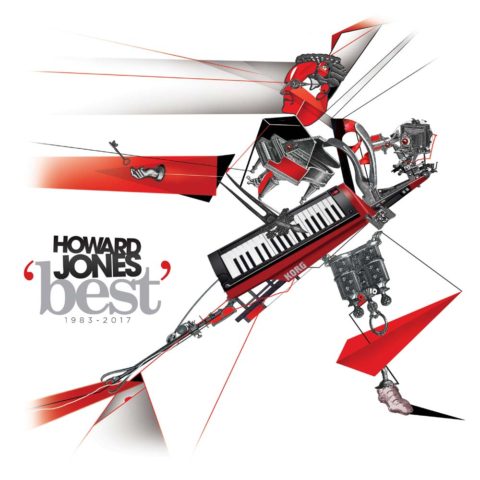 Cherry Red have recently acquired the Warners back catalogue of Howard Jones and in July will put out their first release, a three-CD compilation called Best 1983-2017.

This was compiled and annotated by Howard himself, although in SDE’s opinion the artist doing these things does not always deliver the optimum result (see the Phil Collins reissues).

The big claim to fame with this new retrospective is that it spans Howard’s entire career, so inevitably the first CD is hit-heavy, while most of the second disc’s content will only be well known to those who’ve stayed in touch with Howard’s newer music by going to his shows and ordering albums direct from his website (where he continues to issue them via his own Dtox label).

The third CD here is technically a ‘bonus disc’ which was only previously available as a DVD with the interactive book edition of 2015’s Engage. You do get an ‘exclusive’ bonus remix – You’re The Buddha (The Robbie Bronnimann Mix).

While it’s obviously not up-to-date, it’s hard to make a case for this being better than 2003’s two-disc The Very Best Of which gathered A-sides and B-sides, but no doubt Cherry Red are keeping content like that (B-sides) close to their chest, for future releases. Howard did a great job five or six years ago, licensing his music from Warners and putting out his own box sets (see this review from the early days of SDE!) so Cherry Red are going to have to work hard to better them. My guess is that they will work through each album one at a time, and deliver individual expanded deluxe sets.