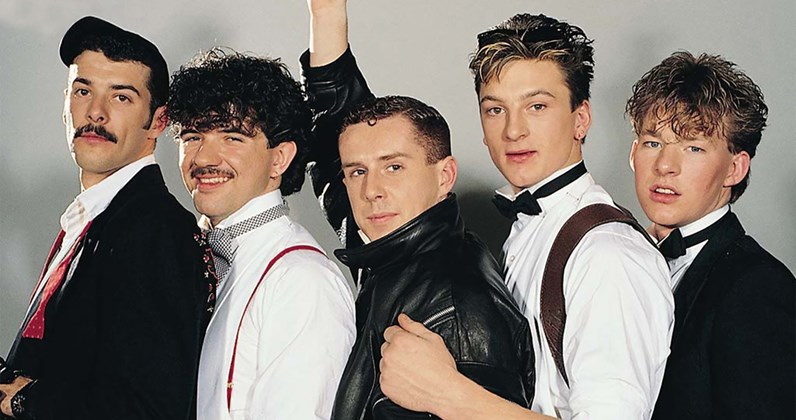 The world’s largest music company Universal, just got even larger after acquiring the rights to the entire ZTT catalogue, selected rights to music owned by Stiff Records and music publisher Perfect Songs.

ZTT (short for Zang Tuum Tumb) was formed by the late Jill Sinclair and her music producer husband Trevor Horn, under the umbrella of their SPZ Group, with NME journalist Paul Morley in 1983. The label soared to prominence when Frankie Goes To Hollywood took over the UK singles charts with Relax, Two Tribes and The Power Of Love, and topped the album charts with Welcome To the Pleasuredome. The success continued with influential and/or hit records by the likes of Art of Noise, 808 State, Adamski and Seal.

Stiff Records was founded in 1976 by Jake Riviera and Dave Robinson and released what is widely accepted to be the first ever punk rock single – New Rose by The Damned (on 22 October 1976). The label was a key player in the whole punk and new wave era, backing acts such as Ian Dury, Madness, Elvis Costello, The Pogues and Kirsty MacColl, but Stiff went into rigor mortis in 1986, before being revived by SPZ/ZTT in 2007.

Although, Sinclair was happy to stay in the background, Horn credits her as not only the inspiration for his own switch from musician to superstar music producer, but the driving force of their business, and it was her initiative to set up Perfect Songs Publishing. Universal intend to develop new creative and commercial opportunities for Perfect Songs’ extensive library, which features tracks by a huge variety of artists including Ian Brown, De La Soul, Eminem, Groove Armada, Michael Jackson, Holly Johnson, Sugababes and 808 State.

Sinclair died in 2014 from cancer, eight years after suffering brain damage in a shooting accident, and she was at the forefront of her husband’s thoughts as he commented on the sale to Universal. “Jill started Perfect Songs and ZTT in the Eighties and I’m extremely proud of what she achieved,” said Horn. “[Sir] Lucian Grange [chairman of and CEO of Universal Music Group] and Jill were really good friends so I’m pleased that these catalogues are going to Universal.

“I’d like to thank all the writers and the artists on ZTT, Perfect and Stiff,” he added. “It was a great experience and I enjoyed working with each one of you (most of the time). And I’d like to thank Paul Morley for all the wonderful times at ZTT, Steve Lipson and Anne Dudley, Liam Teeling and Chris O’Donnell (Stiff and Perfect) for their help along the way, and Seal.”

Sir Lucian Grainge, Chairman and CEO of Universal Music Group, said, “Stiff and ZTT are truly unique and iconic labels that captured the zeitgeist of their generation and experienced great commercial success, whilst influencing contemporary music entirely on their own terms. With Perfect Songs, we are adding an award-winning publishing catalogue, rich with hits, acclaim and global success. UMG is committed to building upon the legacy of these revolutionary labels, in keeping with the spirit of their founders.”

This acquisition will inevitably lead to future reissue and box set projects for the artist catalogues owned by ZTT and Stiff and it will be interesting to see what happens with Frankie Goes To Hollywood, in particular. Union Square (later acquired by BMG) had a fruitful number of years (from around 2010 onwards) raiding and reissuing the ZTT archive, with a variety of deluxe editions and special compilations, culminating in 2014’s Inside the Pleasuredome Frankie Goes To Hollywood box set. An ‘art of the album’ reissue of Propaganda‘s 1985 album A Secret Wish is scheduled for January.

Universal do actually have experience of the ZTT catalogue. In 2009 they licensed the right to issue the Frankie Say compilation. It wasn’t an overwhelming success, with some fans unhappy with the surfeit of modern remixes and slightly uninspired artwork.

Win the chance to attend an xPropaganda playback event

Hear The Heart Is Strange in Dolby Atmos with Claudia & Susanne