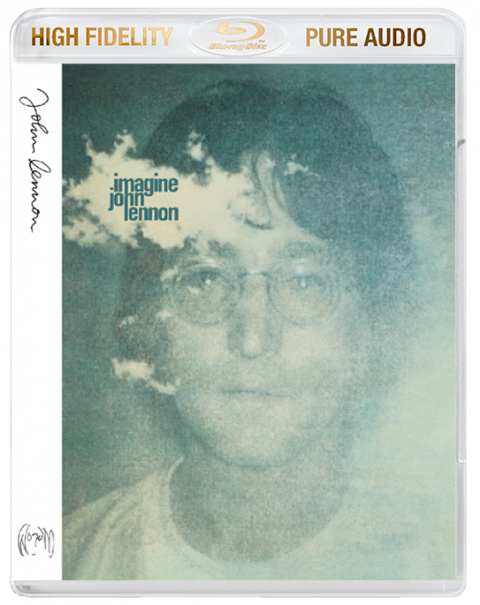 The ex-Beatles’s second studio album is arguably the highest profile release on the format to date, although this year has also seen the of the reissue of Marvin Gaye’s What’s Going On on HFPA.

The wishful thinkers amongst you might hope that this Pure Audio release will include the 4.0 quad mix issued a year after the album came out in 1972, but with only a small percentage of titles put out so far boasting any surround sound option, it seems rather unlikely. We expect this to be stereo-only and utilise the existing 2010 remaster.

Alongside the John Lennon/Plastic Ono Band record that preceded it, Imagine is regarded as Lennon’s finest post-Beatles work, although in truth, destiny didn’t allow him much time to better it thanks to the downtime of his ‘house husband’ years in the second half of the 1970s and the actions of Mark Chapman in December 1980.

Imagine contains some of Lennon’s best loved solo material. As well as the title track, it includes Jealous Guy, Gimme Some Truth and the McCartney baiting How Do You Sleep?. Klaus Voorman – whose association with The Beatles dates back to the Hamburg years – plays bass on the record, and George Harrison contributes guitar to many tracks.

Imagine was remixed in 1999 “under the personal supervision of Yoko Ono” but that remix was superseded in 2010 by a new Abbey Road Studios remaster that reverted to the original mix. Audiophile specialist Mobile Fidelity Sound Lab (MSFL) have also reissued the album in the past on CD and LP. The last official release of Imagine in any form was a Record Store Day 40th Anniversary Edition. This was a vinyl LP accompanied by a twelve-inch EP which contained six session tracks that had been previously released on the John Lennon Anthology box set.

The High Fidelity Pure Audio version of Imagine is released on 20 January 2014.