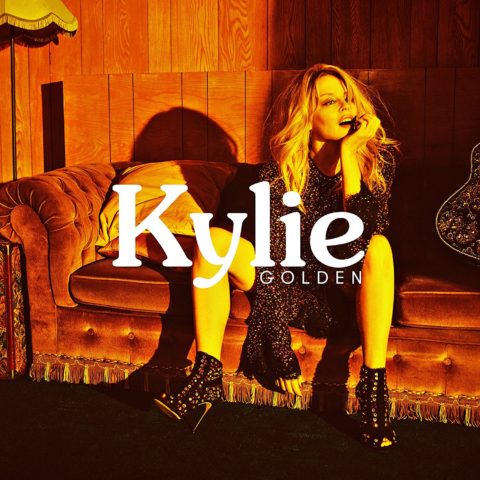 The album was apparently recorded in Nashville (!) and Kylie has worked with a number of producers on the 12-track album (the deluxe adds four bonus tracks) notably Sky Adams, who has also co-written four songs. I noticed Eg White’s name on the songwriting and production credits of one number, Raining Glitter. Eg has written loads of great songs for other artists (Will Young’s Leave Right Now comes to mind) but in the world of SDE he is ‘best known’ for the sublime Eg and Alice album 24 Years of Hunger.

Back to Kylie, and you can preview Dancing from the album above and head over to the official Kylie store to pre-order the format of your choice. There’s the aforementioned deluxe CD, and exclusive Golden vinyl picture disc and a super deluxe edition which gives you a 12 x 12 inch 30-page photo book with the deluxe CD and black vinyl (+download code). You can actually order the super deluxe edition from Amazon and HMV but Kylie’s store dangles an exclusive Dancing photo in front of your eyes as a special extra. 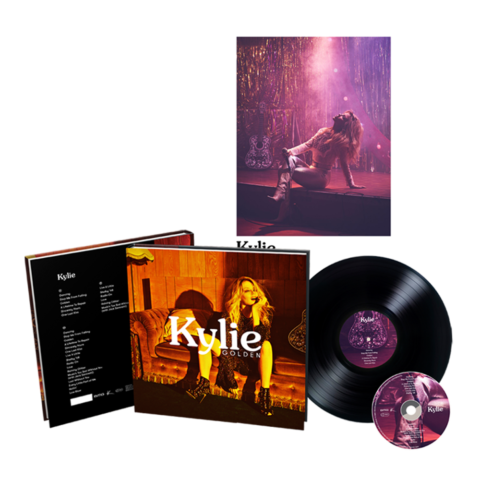 The Golden Super Deluxe Edition. The photo at the top is an official store exclusive.

The official store also has more bundles than you can shake a bundle of sticks at, including a super deluxe bundle which takes the ‘basic’ super deluxe edition and adds the vinyl picture disc, a cassette, a seven-inch single and another photograph. Phew! For a extra confusion HMV have a clear vinyl edition not on Amazon and not on the official store! 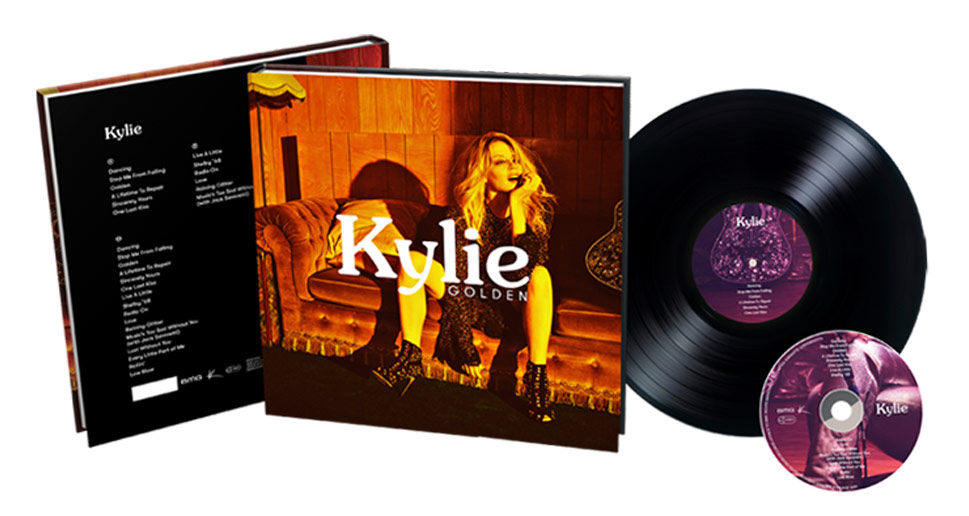 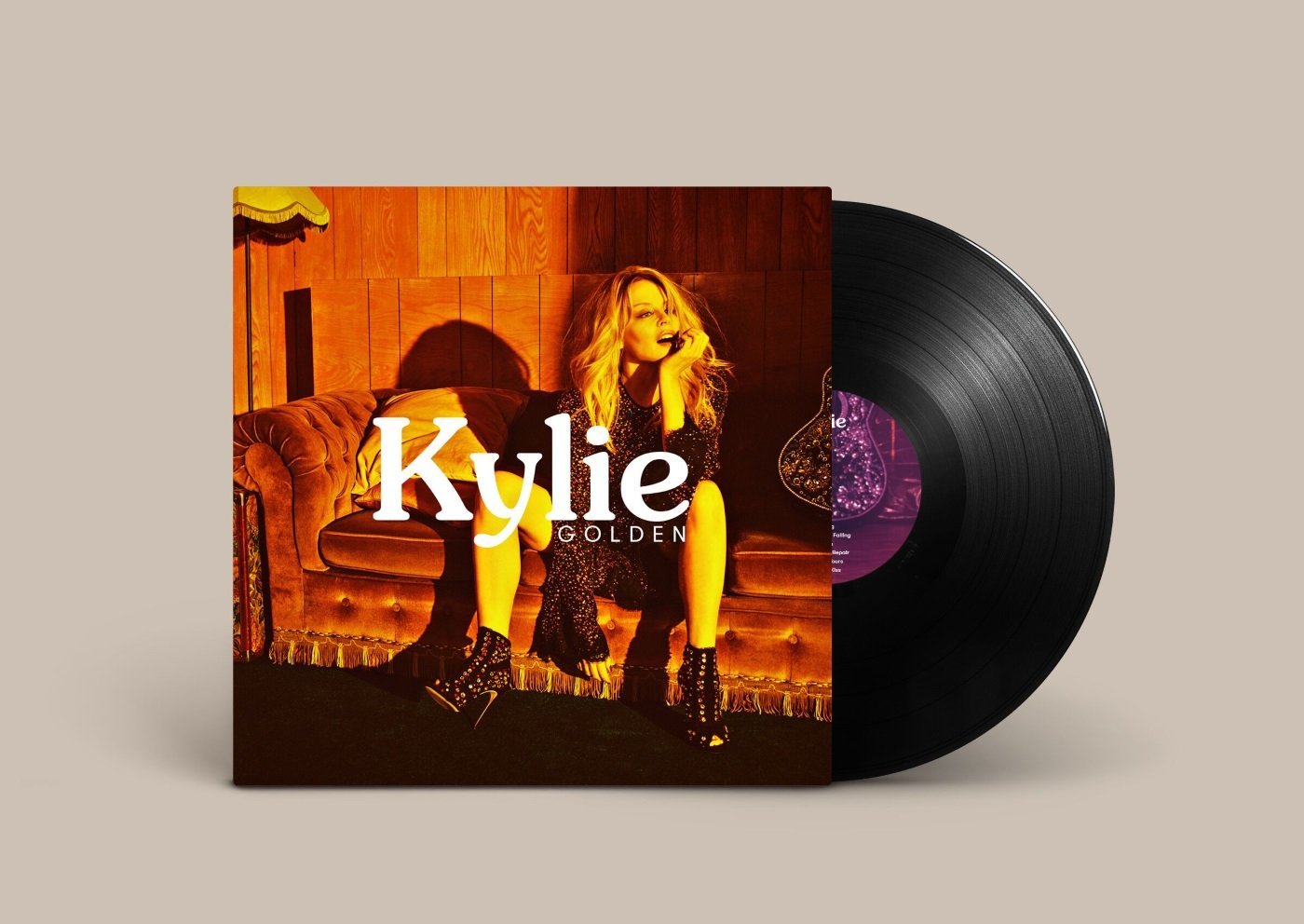 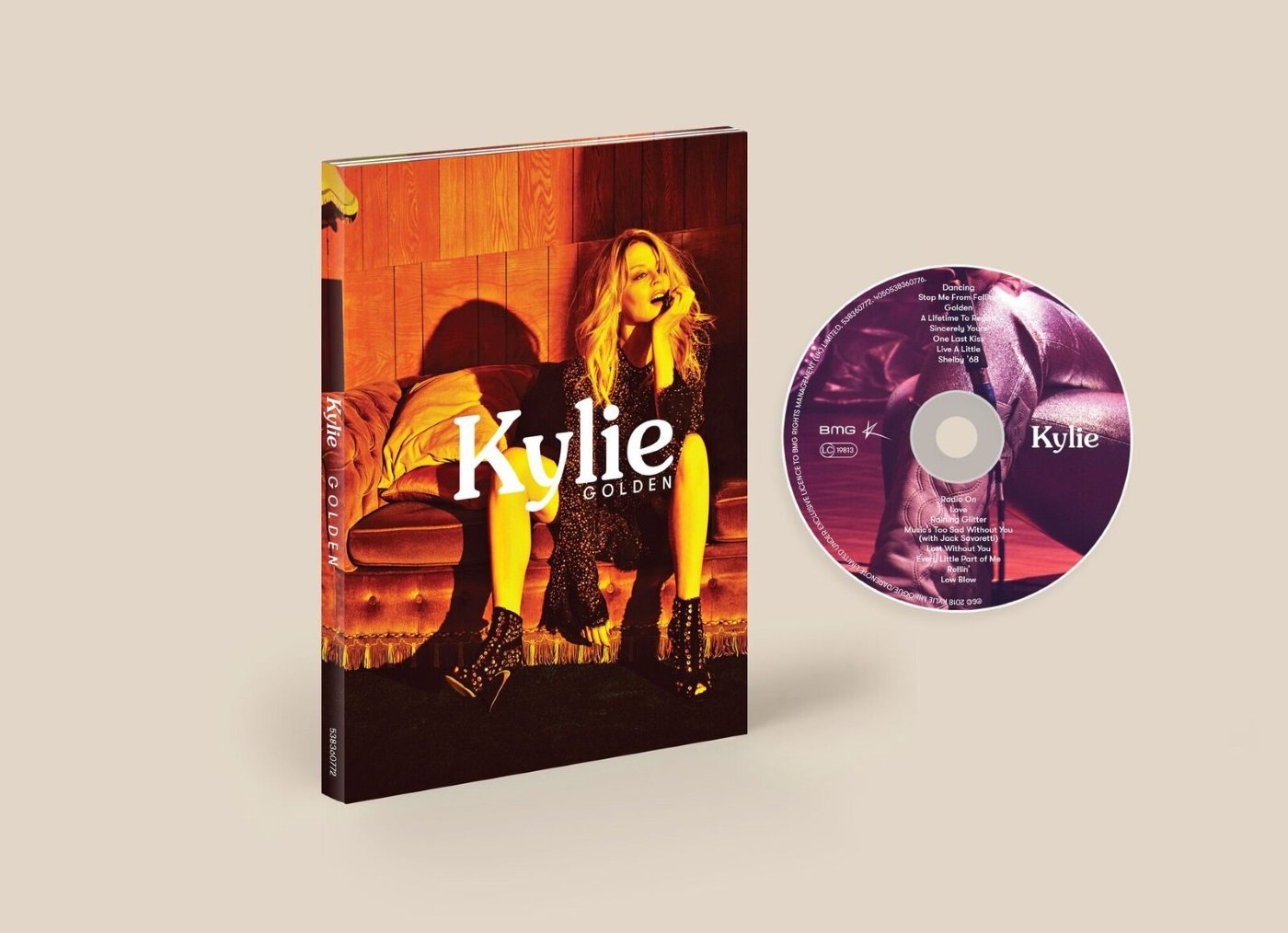 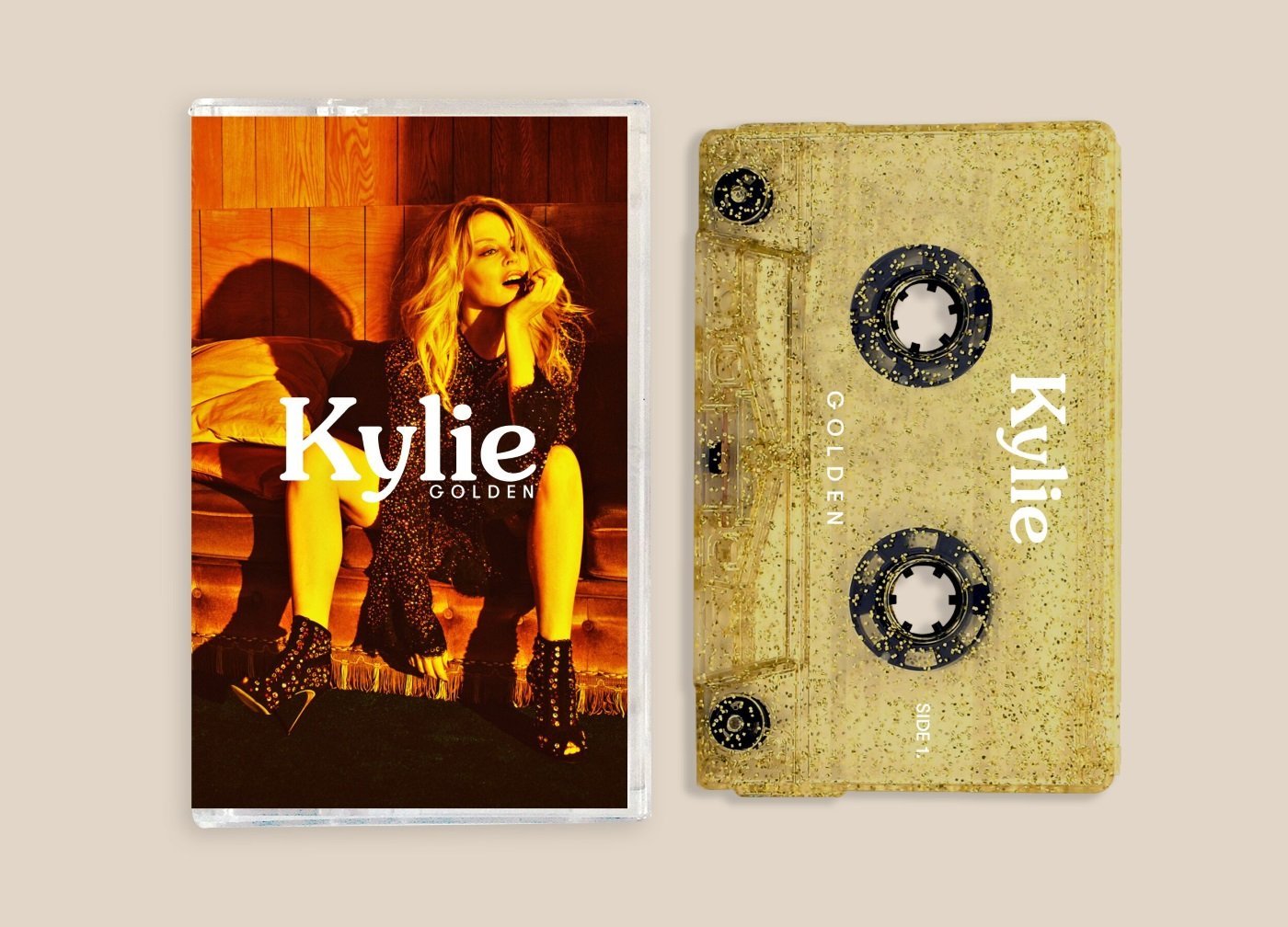 *Bonus tracks on the deluxe CD