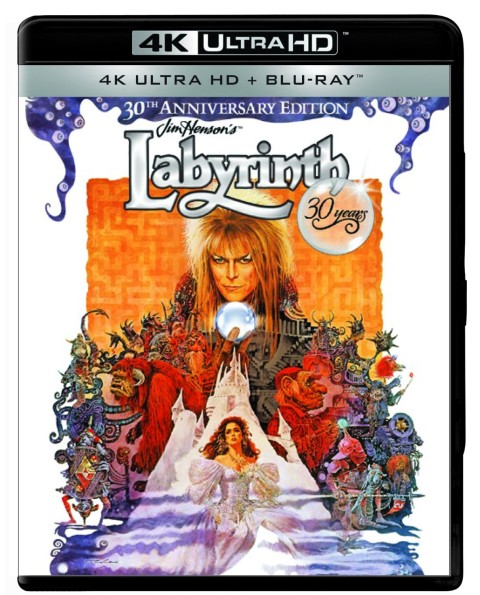 Jim Henson’s 1986 film Labyrinth, which stars David Bowie, is being reissued as a 30th anniversary edition in September and will be available in 4K Ultra HD and is being issued in a number of special editions…

The musical fantasy adventure, which also features a young Jennifer Connelly, was initially a commercial disappointment at the box office, although it has garnered something of a cult following over the years and its charms are still apparent three decades later, despite Bowie’s ‘frightwig’ and some general silliness.

A 4K Ultra HD + Blu-ray combo will be available, and in the UK, a slightly more expensive ‘steelbook’ edition of the same format. If you’re not bothered about all this 4K malarkey, then you can opt for a standard blu-ray edition (digibook packaging in the UK) which is only £10.99 at present.

In America they’ve ‘super-sized’ Labyrinth, with this improbable 4K+blu-ray ‘gift set’ which features figurines of David and Jennifer in a model of that 3D maze thing! 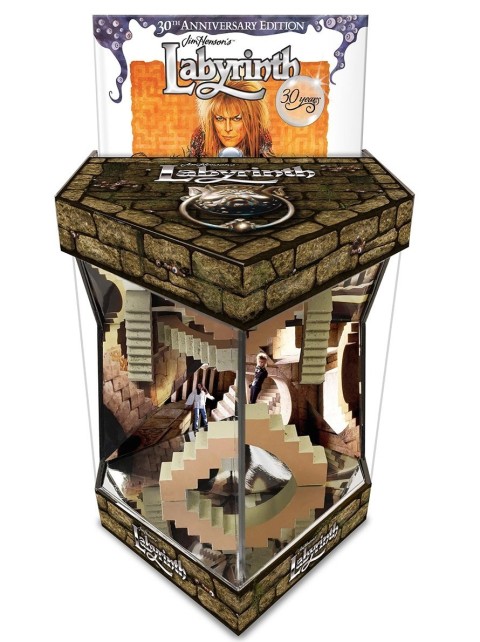 All blu-ray/4K formats feature Dolby Atmos / DolbyTrueHD 7.1 (48kHz, 24-bit) compatible soundtracks, which means Underground, Magic Dance and As The World Falls Down will have never sounded so good!

There is also a bunch of new bonus features on these releases, including “Reordering Time: Looking Back at Labyrinth” (Jennifer Connelly and the Henson Family reflect on the film), and “Remembering the Goblin King” (Remembering David Bowie with co-star Jennifer Connelly, and Jim Henson’s children Brian Henson and Cheryl Henson). The full list is below.

This 30th anniversary reissue of Labyrinth will be released on 19 September 2016. 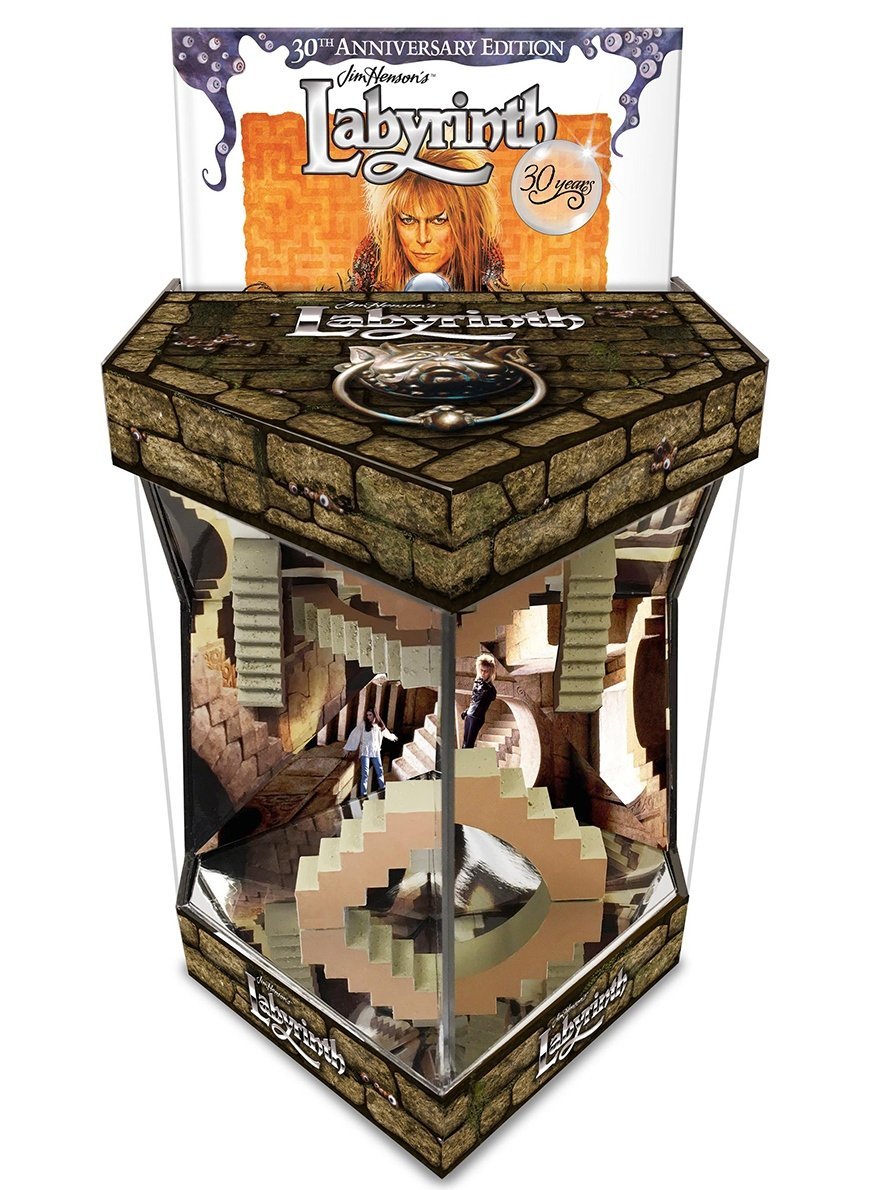 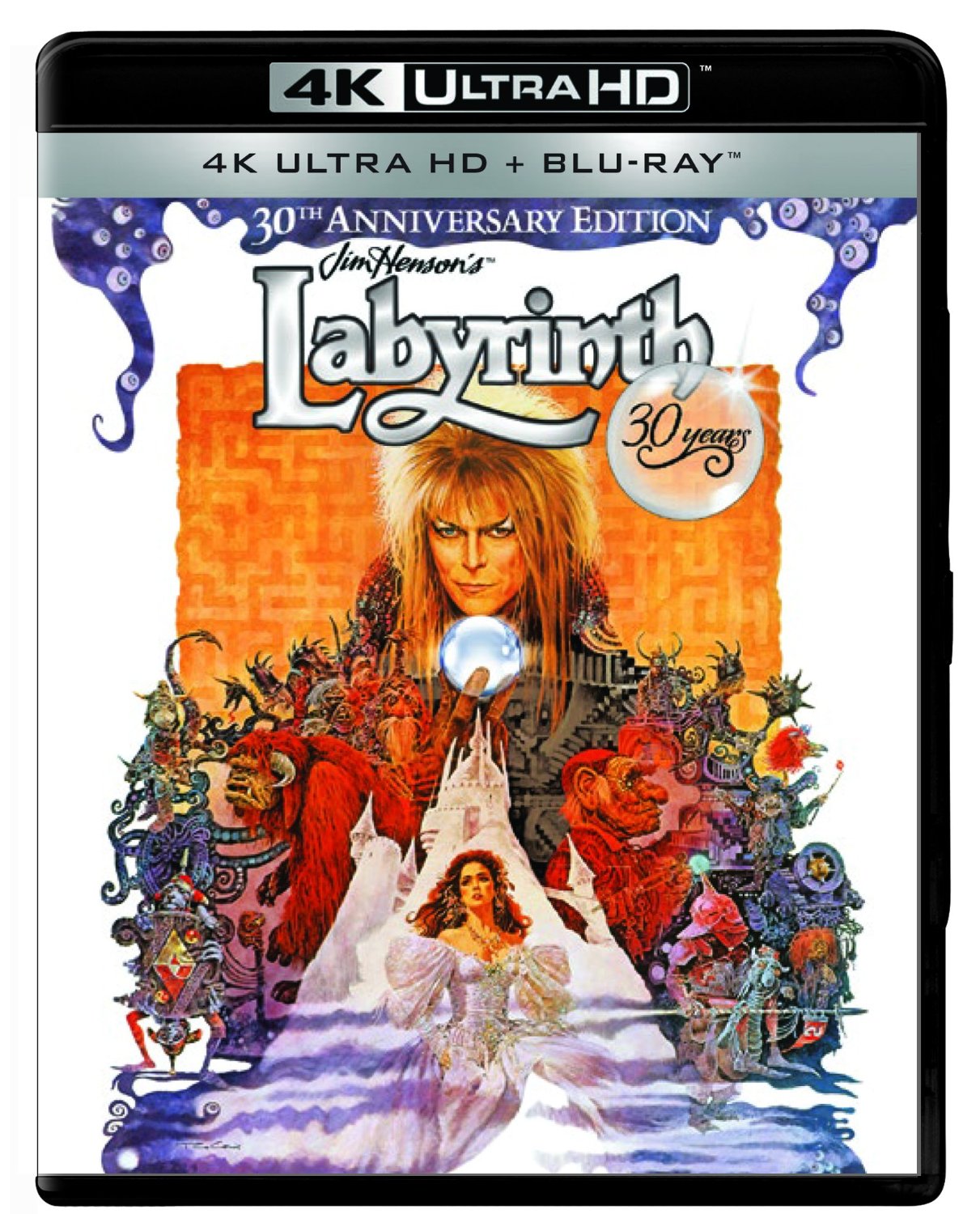 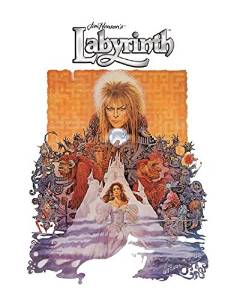 o Jennifer Connelly and the Henson family talk about the art of puppetry and the magic of Jim Henson, along with a visit to the “Center for Puppetry Arts” featuring The Jim Henson Collection and over 100 puppets from Labyrinth.

· Original Making of Documentary “Inside The Labyrinth”

· “Journey Through the Labyrinth: Kingdom of Characters” Documentary

· “Journey Through the Labyrinth: The Quest for Goblin City” Documentary