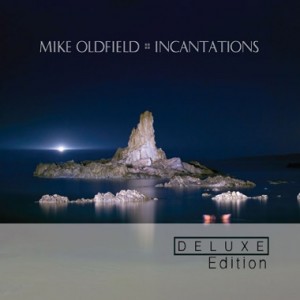 The fourth instalment of Mike Oldfield’s catalogue reissues, Incantations, is released on July 25th. Incantations, originally released in November 1978, was Oldfield’s first and only studio double album. Comprising of four parts of the title track, it was a masterpiece of minimalism, with Oldfield again playing many of the instruments, with old friends including David Bedford conducting the choir and orchestra, Pierre Moerlen on drums and Mike’s sister Sally on vocals.

With the remastering overseen by Oldfield himself, the packages contain a variety of rare material; and again, as with Tubular Bells, Hergest Ridge and Ommadawn, contain a brand new 5.1 mix by Oldfield on DVD, as well as footage from his 1979 concert tour that supported the album. Both CD formats also include Guilty, Oldfield’s legendary 1979 single recorded in New York City at the height of the disco movement.

Incantations will also be released on vinyl, with signed 500 copies available (along with the standard vinyl) exclusively through www.mikeoldfieldofficial.com