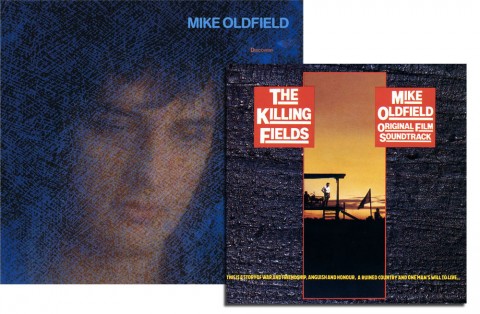 Mike Oldfield will this year continue his ongoing programme of re-presenting his body of work with reissues of his 1984 album Discovery and the soundtrack to Roland Joffé’s film The Killing Fields.

The announcement was made on Olfield’s personal Facebook group and although further details and bonus material information is yet to come, we were told that there would be a disc called SUITE 1984 included as part of the package(s) and this would be available on vinyl and in 5.1. surround sound.

2014 saw a pause in Mike Oldfield reissues to allow for the release of his last studio album Man on the Rocks. Five Miles Out and Crises were issued simultaneously in 2013. The box set version of the later is already out of print.

More news on Discovery and The Killing Fields soon.

As revealed by this blog back in March, Mike Oldfield continues with his long-running…

With all the focus on Mike Oldfield‘s recent sold-out-before-it-was-released Crises box set, some of…

Mike Oldfield‘s Crises reissue is out this week. A review of the music will…