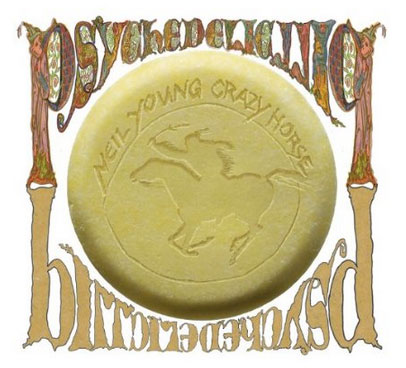 Neil Young will release a second album in less than a year on 30 October 2012.

A double-CD and triple-vinyl, Psychedelic Pill was recorded with Crazy Horse right after Americana (released in June). Like that album, videos have been made for each of the songs on Psychedelic Pill release and a high resolution 24/192 hi-res version of the album will be released on Blu-ray and will include all the videos. The iTunes downloads will also be accompanied by videos.