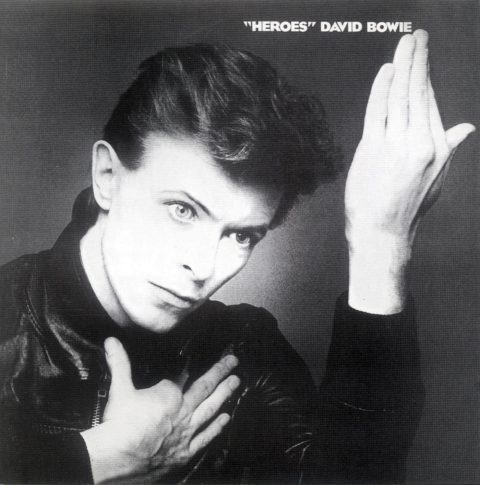 Replacement discs coming •  “We have listened to fans” – Parlophone

After the events of last week, when Parlophone/Warner Music defended the mastering and the ‘loss of energy’ issue with Heroes on the new David Bowie A New Career In A New Town box set, the label have now adjusted their position – in light of ongoing criticism from some fans – and in a statement have confirmed that new discs for Heroes will be made available.

The statement from Parlophone is as follows:

“While we attempted to maintain the integrity of the issue that existed on the original master tape of the ‘Heroes’ album, we have also listened to fans’ concerns. As soon as a new master is available the digital versions will be changed and those who would like a replacement ‘Heroes’ album (CD or vinyl) will be eligible for one, further details on how to obtain such a replacement will follow in due course so please hang onto your proof of purchase”

Since the Heroes issue was the primary concern for most, this should satisfy the majority of box set buyers. While criticisms, in some quarters, of the mastering in general aren’t going to go away, that’s a much more subjective debate, as the 400+ comments in last week’s post will attest. But there was no getting around the problem on Heroes. If you take their comments last week at face value, the record label were aiming for maximum authenticity in an attempt to please fans, but ironically ended up delivering an imperfect version of one of Bowie’s most iconic tracks – a song that is at the heart and soul of the ‘Berlin Trilogy’. The label may regret not nipping this in the bud a bit earlier, and making the replacement discs decision a week ago, but they’ve got there in the end.

Incidentally, there’s a very interesting and insightful commentary on this situation from Jeff Rougvie, who worked with David Bowie on the Rykodisc reissues in the early 1990s. You can read the full text on his website, but the passage below stood out for me:

“I’ve been on both sides of this equation, so before I go deeper, let me say that a project of this scale, by an artist of this stature – especially when it features music many of Bowie’s hardcore fans hold particularly dear – is an enterprise not undertaken lightly or without fear of fan wrath. These boxes have been coming at a steady rate and there’s no doubt many inside the walls of Parlophone – no matter how big a Bowie fan they may be – are human, and may be, at this point, somewhat Bowie-fatigued. After going through so many reels listening to and cataloging the vault, I certainly was.

In short, I’m sympathetic. The Ryko titles contained mistakes. We were lucky – when the Ryko releases were prepared, David was alive. He signed off on all the re-masters we created, so we could safely deflect to him, regardless of who was initially responsible for any slip-ups. And, thank God, they came out before the internet was a thing, or I might’ve offed myself while reading comments.”

Side 4
Bertolt Brecht’s Baal
1. Baal’s Hymn
2. Remembering Marie A.
3. Ballad Of The Adventurers
4. The Drowned Girl
5. The Dirty Song

The running order for Re:Call 3 CD differs from the vinyl version