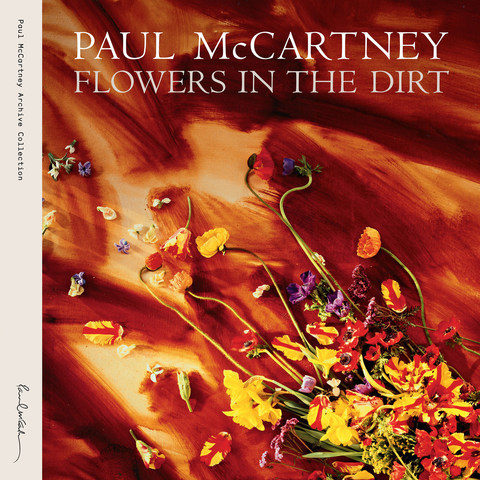 Paul McCartney is giving away an MP3 of demo from a track on Flowers in the Dirt that will not be included on any of the physical versions of the reissue, including the £135 box set.

The demo is of album track Distractions which is orchestrated by the late Clare Fischer on the album. The demo was recorded in 1987 by Paul alone and demonstrates that he had fine-tuned the melody and lyric from an early stage. This version does feature some sound effects at the end – an idea that was ditched for the master version.

It’s a charming recording and without wanting to labour the point, it’s sad to see little gems that this not included as part of the actual release. However, this strategy is now familiar enough, having been in effect since 2014 when Paul issued free MP3s of unheard versions Rock Show and Letting Go from the Venus and Mars album. In 2015 the single edit of the title track of Tug Of War was left off the reissue and also given away as a download, was an instrumental edit of the 2015 remix of Say Say Say. All of these tracks are still available from the download section of Paul McCartney’s website.