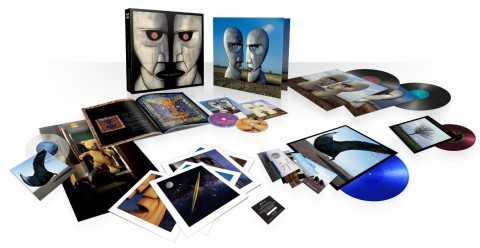 The set will feature a new two-LP edition of the album, remastered by Doug Sax at The Mastering Lab from the original analogue tapes. This vinyl edition will include all the full length tracks (they were originally edited to fit on a single LP) and is presented in a gatefold sleeve designed by Hipgnosis/StormStudios.

Another addition included on the Blu-ray disc is a new video for Marooned which has been directed by Aubrey Powell at Hipgnosis. It will appear on the disc with audio tracks in both PCM Stereo and a 5.1 mix by Andy Jackson.

The anniversary box set also comes with a selection of art prints, a booklet and a poster. The discs have been remastered by long term Pink Floyd audio associates James Guthrie and Joel Plante.