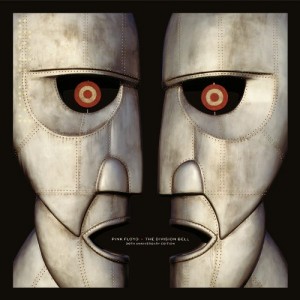 The DVD was available with some exclusive bundles for a while, but until now there seemed to be no way to obtain the surround mix without significant investment, the most expensive being the newly announced Division Bell box set (which contains a blu-ray audio amongst all the vinyl).

At the time of writing it is not clear whether this DVD is a DVD-Video (with DTS or Dolby 5.1 mix) or a DVD-Audio with a lossless surround mix. Our guess would be the former. At £10, it is great value, even if £6 shipping (to the UK) seems rather excessive.  This item is exclusive to the Pink Floyd webstore for the time being.

The 20th Anniversary reissue of The Division Bell is released on 30 June 2014.