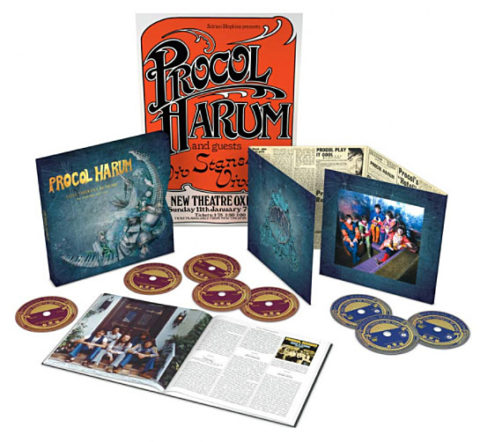 This set contains five CDs and three DVDs. All audio has been remastered and the first three audio discs feature studio recordings (69 tracks in total) , including A-sides, B-sides and key album tracks, while CD four features the band’s concert at the Hollywood Bowl on 21 September 1973 (with the Los Angeles Philharmonic Orchestra and the Roger Wagner Chorale). The final CD includes a previously unreleased concert at the Bournemouth Winter Gardens on 17 March 1976. 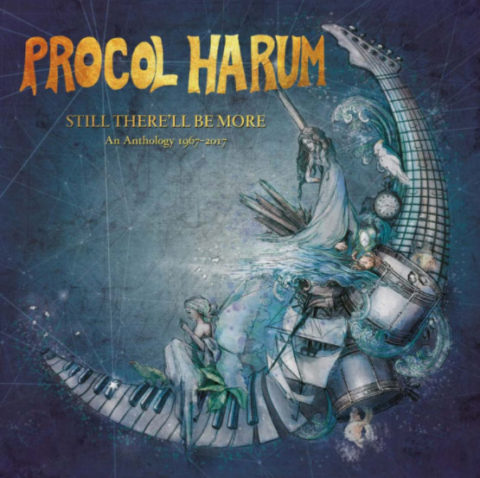 The three DVDs include a wealth of material such as A Whiter Shade Of Pale being performed on Top of the Pops in December 1967, performances culled from the archives of the German Beat Club series (including un-broadcast raw video footage of the band’s ‘Beat Club Workshop studio concert from 1971) and an entire sixty-five minute recording session of a performance for the German Musikladen series in October 1973 (most of which was never shown on television).

Still There’ll Be More: An Anthology also features a 68-page hardcover book with an essay by Patrick Humphries and a lengthy in depth commentary on the performances featured by Roland Clare. Gary Brooker has dug into his private collection to supply many previously unseen photos for the book. A large 60cm x 40cm reproduction poster from a 1976 concert completes this celebration of the English progressive rock band. 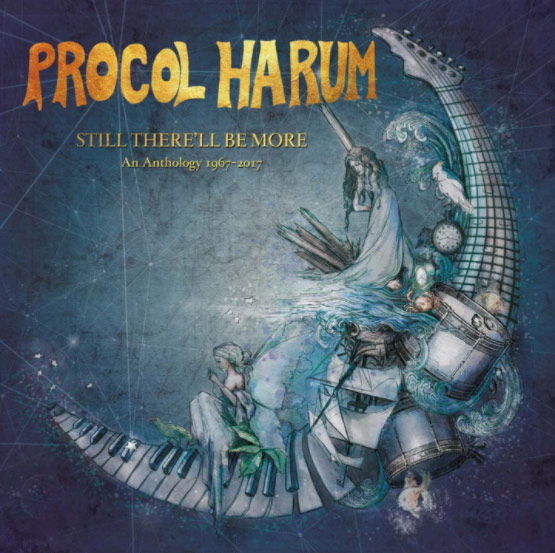 Still There&#39;ll Be More - An Anthology 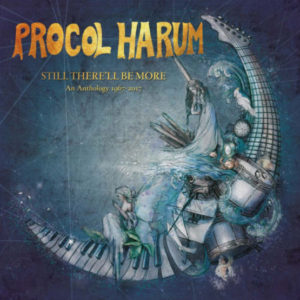 3. Cerdes (Outside the Gates of)
4. Salad Days (Are Here Again)
5. Kaleidoscope
6. Repent Walpurgis
Taken from the album “Procol Harum”
Released in September 1967

8. Shine on Brightly
9. Quite Rightly So
10. Skip Softly My Moonbeams
Taken from the album “Shine On Brightly”
Released in September 1968

5. Conquistador
6. In Held ‘Twas in I
comprising:
Glimpses of Nirvana
‘Twas Tea Time at the Circus
In the Autumn of My Madness
Look to Your Soul / Grand Finale
Taken from the album “Live In Concert with the
Edmonton Symphony Orchestra”
Released in April 1972

12. Nothing But the Truth
13. The Idol
14. The Thin End of the Wedge
Taken from the album “Exotic Birds and Fruit” Released in April 1974

DISC THREE (CD)
1. Beyond the Pale
2. As Strong as Samson
Taken from the album “Exotic Birds and Fruit” – Released in April 1974

10. Perpetual Motion
11. Holding On
Taken from the album “The Prodigal Stranger” Released in August 1991

7. Shine on Brightly
8. In the Wee Small Hours of Sixpence
9. Still There’ll Be More
10. Pilgrim’s Progress
11. Quite Rightly So
12. Magdalene My Regal Zonophone
13. Power Failure
14. A Salty Dog
15. Simple Sister
16. In the Autumn of My Madness
Look to Your Soul
Grand Finale