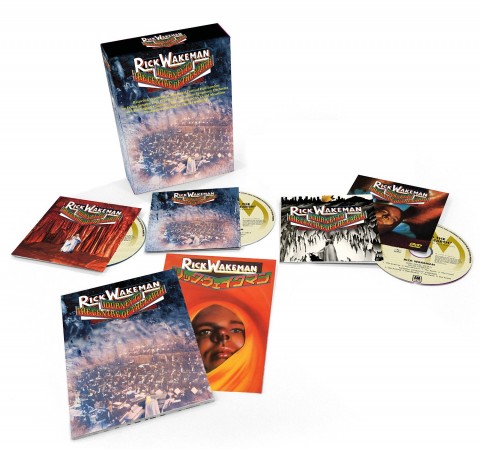 A new four-disc box set of Rick Wakeman’s legendary live album, Journey to The Centre Of The Earth will be issued in May…

That’s three CDs worth of content, with the fourth disc being a DVD that features a quad surround sound mix and a hi-res stereo mix – both “supervised and approved” by Rick Wakeman.

From the look of the image above, expect a Tears For Fears / Simple Minds-sized super deluxe box.  The set features original artwork from Roger Dean, a replica Japanese tour programme and new sleeve notes by Prog mag editor Jerry Ewing who interviewed Rick to get an overview into the album concept and recording.

The 3CD+DVD Journey to the Centre of the Earth box is released on 6 May 2016.

Journey to the Centre of... box set

Journey to the Centre of... CD+DVD