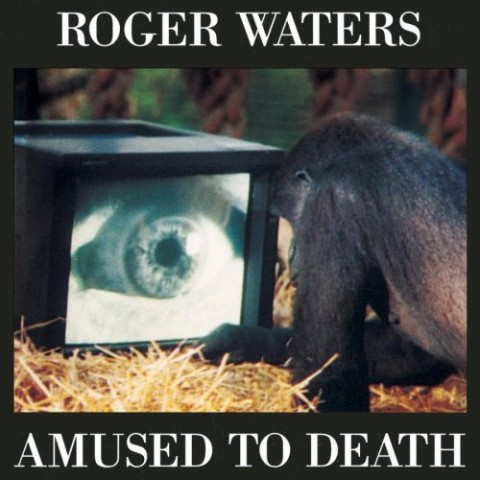 Jett Galindo from the Mastering Lab recently got in touch with us to point out a few details about Roger Waters‘ forthcoming 5.1 SACD and vinyl reissue of Amused to Death and at the same time Sony issued a press release about the reissue. We thought this was a good opportunity to clarify/discuss some of the details.

The first thing to mention is that engineer/producer James Guthrie has created a new stereo mix as well as the brand new 5.1 surround mix. The SACD will obviously contain both, but since the vinyl is being cut from the original tape masters then the new stereo mix cannot be used for the vinyl pressing.

Some of you questioned the use of SACD as an appropriate hi-res format, and one wonders if blu-ray audio would have been a better choice where – like the recent Yes and XTC releases – a variety of mixes (original, remixed, instrumental? etc.) could have been included.

The exact wording of Sony’s press release is as follows (the bold is ours not theirs): “The new mixes, along with additional never before released content and brand new graphics, will be included in the 2014 reissue releases from Columbia/Legacy Recordings and Acoustic Sounds.” What is this never before released content? Notice the wording talks not about ‘audio’ but ‘content’…

Jett from The Mastering Lab also pointed (“on behalf of Doug Sax”) that both the mixing and the mastering of the 5.1 release will be done by James Guthrie himself. Doug Sax will be cutting the vinyl release from the original tape masters. Jett also adds that he, Doug and the Mastering Lab team were “blown away” when Guthrie recently visited their facility to play them the new surround mix.

Amused to Death anniversary SACD and LP will be released on 23 September 2014.

Roger Waters / “Amused to Death” confirmed as a 5.1 surround SACD