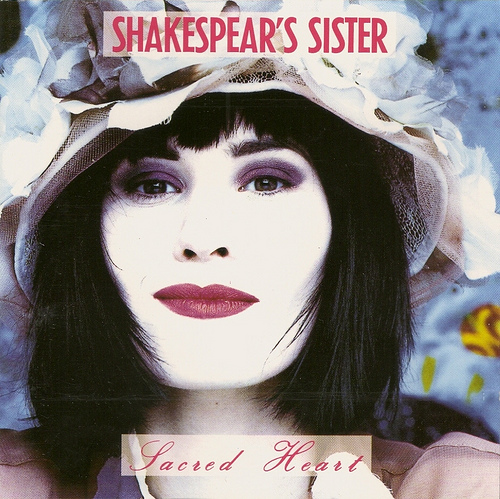 “Just clear up some rumours. The Sacred Heart reissue will be released on SF Records this year. The label, Cherry Pop do not have clearance or any licence from WMG to reissue this album. No disrespect to the label, but any rumours stating so are totally untrue. The reissue will be done within Siobhan’s own team with officially licensed material. Anyway, we hope that ends the debate on the issue and you can look forward to the MUSIC. Thank you for your kind and supportive words on all our previous reissues, especially #3 and MGA! This has given us incentive to bring more”.

Cherry Pop strongly disagree. The project manager who has been working on this reissue for that label got in touch with this blog to issue the following quote:

“I wouldn’t normally comment on a situation yet to be resolved, but given recent statements from elsewhere which wrongly suggest otherwise, I think it should be made clear that Shakespears Sister’s ‘Sacred Heart’ had indeed been scheduled for a June 2013 release on Cherry Pop, officially licensed from Warner Music UK.

This project has been in the works since May 2012, with Warners giving formal legal approval and clearance in February 2013. As such, much time and energy has already gone into it, with tracklisting and label copy finalised weeks ago and design and remastering (using original masters from the Warner archive) already well underway.

In the last few days, it has become apparent that there is some confusion over this project. Therefore, it is currently on hold until Warner can clarify the situation for all parties”.

So somehow we are in a situation where two parties believe they have the right to reissue this album with a licensing agreement from Warners. On the one hand Cherry Pop a well established reissue label specialising in ’80s/’90s pop and the the other “Siobhan’s own team” via SF Records.

Hopefully, the situation will be resolved and clarified soon, since the last thing fans of Shakespears Sister will want is a lengthy legal battle which will delay the reissue