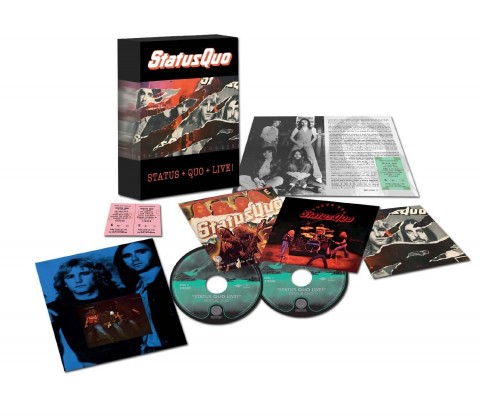 The 35-track collection centres around the mid-1970s with the first two discs recreating the Live! album issued in 1977, while disc three offers Tokyo Quo, a Japan-only release, which only saw an official UK issue this year for a limited Record Store Day vinyl. The recordings for these gigs were made at Sunplaza Hall in Tokyo during the same 1976 tour, less than a month after the Glasgow gigs that formed the basis of the Live! album.

In March, Universal Music will reissue a trio of Status Quo albums first released in…

Over and Out: Posthumous release of the late Rick Parfitt’s first-ever solo LP

Universal aren’t hanging around with the scheduling of their Status Quo seven-inch box sets.…