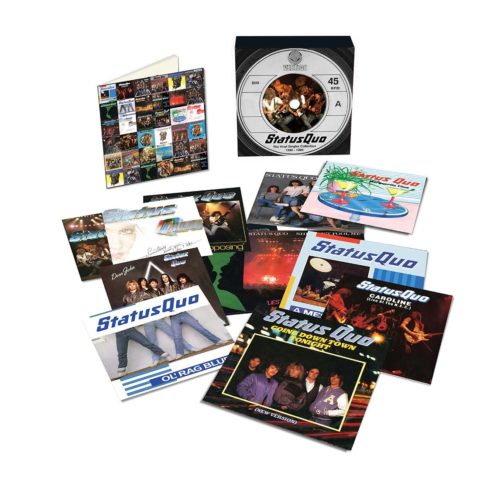 Universal aren’t hanging around with the scheduling of their Status Quo seven-inch box sets. The 1970s box has only just been issued and the second in the series of The Vinyl Singles Collection, which covers the first part of the eighties (1980-1984) has been announced for release in June.

The Vinyl Singles Collection 1980-1984 delivers all the 45s from that era – twelve seven-inch singles – and as before, these heavyweight records are presented in their original sleeves (picture and house bags). The lift-off lid box contains a booklet and this comes with a download code.

This is released on 2 June 2017. Three more sets will follow. 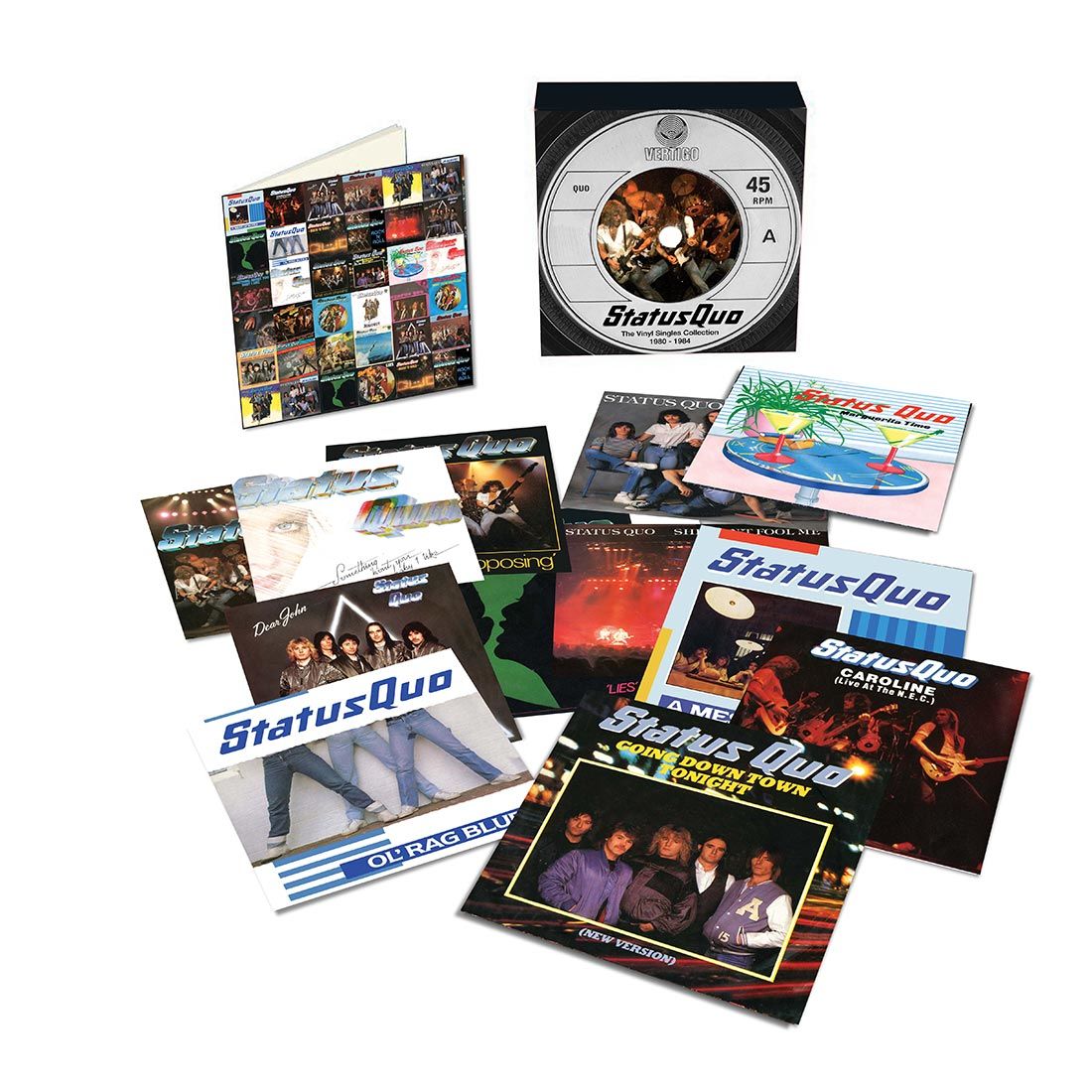