Almost 22 ago, Terry Hall followed up his debut solo album Home with 1997’s Laugh an album which featured collaborations with the likes of Stephen Duffy and Damon Albarn. It is released on vinyl for the first time next month.

Most of the songs on the album are co-written with guitarists Craig Gannon, although two were penned with Albarn (‘A Room Full Of Nothing’ and ‘For The Girl’) while ‘Sonny and his Sister’ is the one Terry wrote with Stephen Duffy.

The album spawned two singles, ‘Ballad of a Landlord’ and ‘I Saw The Light’ (a cover of the Todd Rundgren song) although as with previous singles (like 1994’s gorgeous Forever J) neither troubled the top 40 singles chart.

Laugh was only ever issued on CD and cassette back in the day, so this release marks its debut on the format and in fact this is being issued as a clear vinyl pressing.

Laugh is issued on vinyl on 3 May 2019 via Demon Records. This is available to pre-order via the SDE shop via this link or the button below. 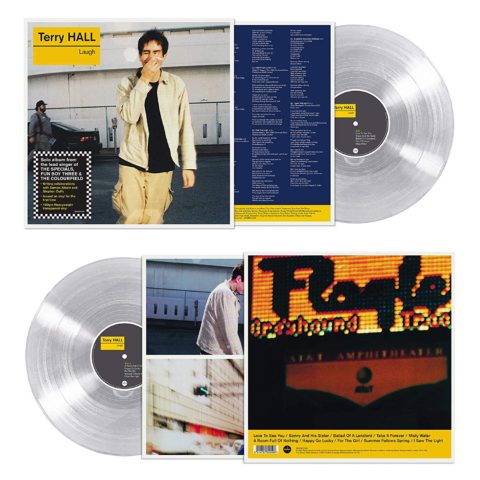 1.Love To See You
2.Sonny And His Sister
3.Ballad Of A Landlord
4.Take It Forever
5.Misty Water

1.A Room Full Of Nothing
2.Happy Go Lucky
3.For The Girl
4.Summer Follows Spring
5.I Saw The Light