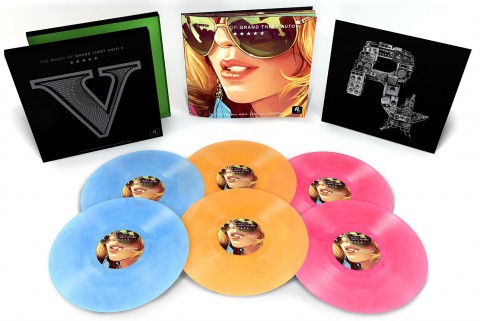 The music includes the original score composed by Tangerine Dream, Woody Jackson, the Alchemist and Oh No, mixed by DJ Shadow along with songs from A$AP Rocky, Tyler, The Creator, Twin Shadow, Wavves, Flying Lotus, and Yeasayer.

You can choose between a three coloured six-LP vinyl box set which comes with a booklet and lithograph or the three-CD collection that includes a blingy Grand Theft Auto V gold brick-shaped USB drive. Both sets are limited editions with only 5,000 being produced worldwide.

Music Of Grand Theft Auto V is released on 9 December 2014. 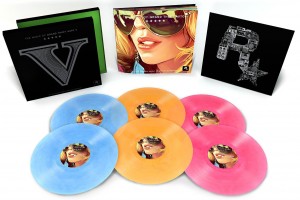 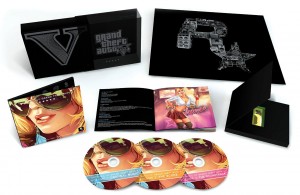