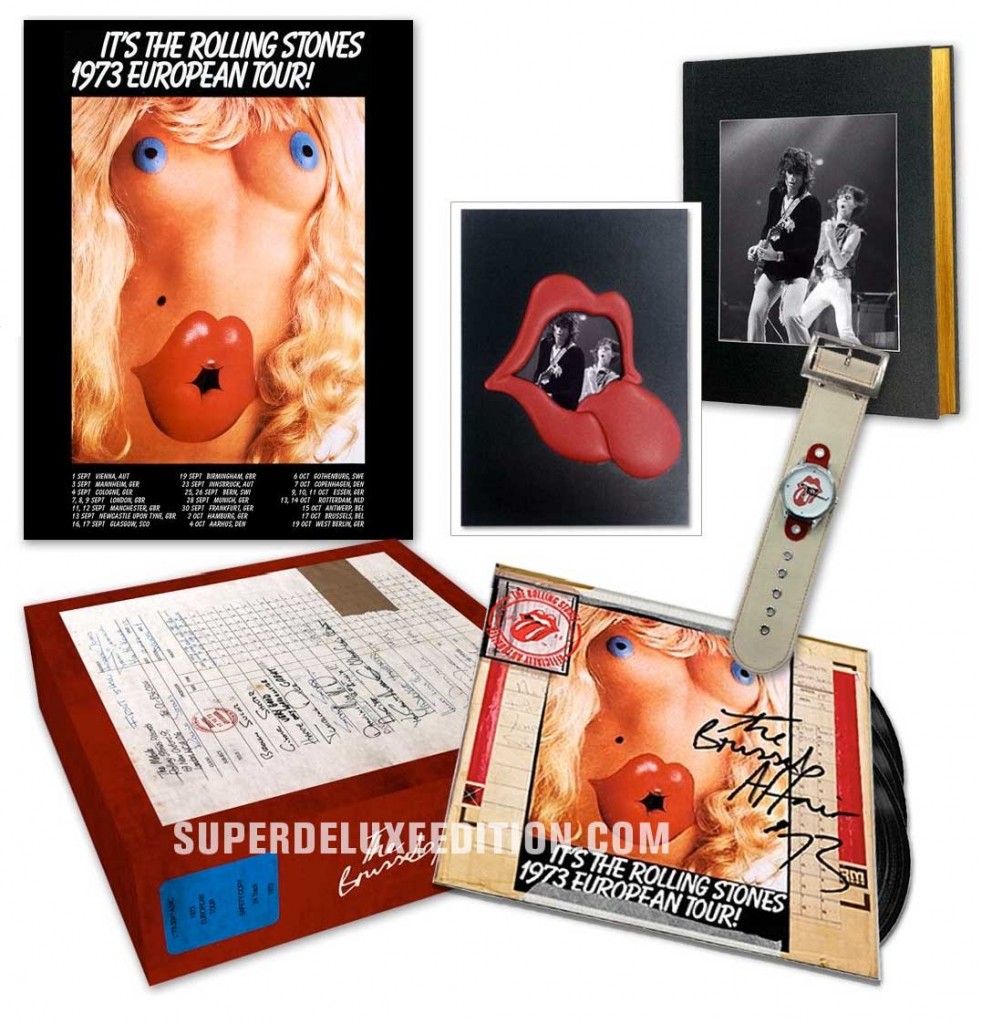 Last November The Rolling Stones made their much bootlegged 1973 gig recorded at the Forest National in Belgium available for download, via their new stonesarchive.com website. The Brussels Affair was available in MP3 or FLAC format, for under $10 but was not given a physical release.

On 17 November, almost exactly one year on, the band will be making available three limited edition box sets of The Brussels Affair which start at an eye-watering $750 rising to a dizzy $1500 for the most expensive variant.

The “Art Edition” is the most expensive box ($1500) and also features a Limited-Edition Silver Gelatin Print, hand-signed by the photographer, Michael Putland. Only 73 of these sets are being made available.

The cheapest “Collector’s Edition” still has a production run of only 1,727 and comes with a 1973 Tour Lithograph, while the mid-range “Platinum Edition” replaces this standard litho with a Limited-Edition Tour Litho of 173 pieces, hand-signed by Mick Jagger, with only 173 units available.

Despite the high costs, it is interesting to note that none of The Brussels Affair Box Sets include the concert on CD or in a hi-res format.

All the sets can be ordered direct from the Brussels Affair Box Set Shop.