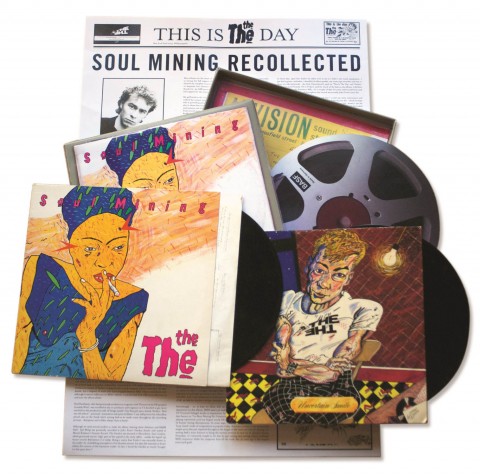 The The’s Matt Johnson personally oversaw the remastering at Abbey Road Studios and this new vinyl-only reissue takes the form of a lavish twelve-inch box set and includes an authentic reproduction of the original LP pressed on 180g vinyl, alongside an extra twelve-inch gatefold vinyl of alternative versions and remixes.

Amongst the goodies in the box is a ‘news-poster’ which contains extensive notes written by Johnson that detail the making of the album.

The track Perfect is absent from the main album, which is as Johnson always wanted it (it was added by the US label without his consent) and additional songs included on the original cassette version are also excluded since at the time these were attempts at re-recording tracks from the aborted 1982 album Pornography Of Despair and are not really part of Soul Mining.

The overall presentation looks very similar to the excellent Nick Drake vinyl sets  that Universal have been putting out for the past 18 months, with the lift-off lid rigid box, although this is arguably better since it includes the bonus vinyl.

Review: The The back on stage in London at the Royal Albert Hall