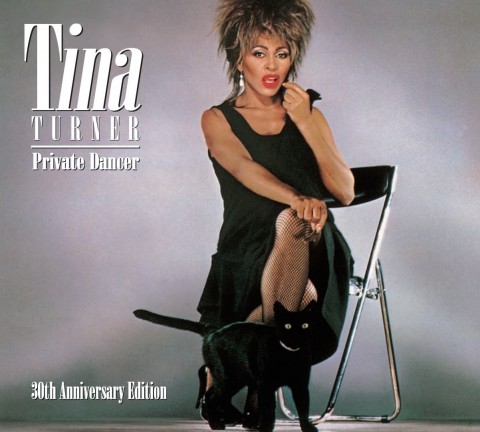 This new (slightly late) 30th anniversary edition comes with a bonus disc of extra tracks which include the British Electric Foundation’s (B.E.F.) Ball Of Confusion (That’s What The World Is Today). Martyn Ware discussed working with Tina on this track and subsequently on Private Dancer with SDE last year. The B-sides and remixes are also present and correct along with We Don’t Need Another Hero, Turner’s theme song to Mad Max: Beyond Thunderdome.

While this anniversary release is a significant improvement on the 1997 reissue (more than doubling the seven bonus tracks found on that single disc remaster) this isn’t a totally comprehensive round-up and there are a fair few tracks missing, such as the seven-inch edits of Private Dancer (the album version is over seven minutes long), Let’s Stay Together, Better Be Good To Me and Help! as well as the instrumental of Ball of Confusion and some live Private Dancer B-sides. And although the Mad Max theme is on here, unlike the other Private Dancer singles, the extended version hasn’t been included and for that matter neither has the twelve-inch instrumental or the seven-inch instrumental.

That’s at least 10 further tracks that could have formed part of this set, although in truth the lack of We Don’t Need Another Hero (Thunderdome) 12-inch and seven-inch edit of Private Dancer is the biggest loss.

Despite these omissions, this newly remastered two-CD deluxe does just about enough to justify the upgrade and a remastered vinyl LP will also be available (with no bonus tracks).