Travis‘ box set of their 1999 album The Man Who came and went quickly back in 2017, with quite a limited production (thought to be no more than 1500 in two small runs). That scarcity has driven prices sky-high, so fans who missed the boat will be pleased to hear that the same 2LP+2CD super deluxe box is being made available again, for the album’s 20th anniversary, thanks to a deal with Concord Music in the US.

It will be available in June on the Craft Recordings imprint and as a reminder, the large format lift-off lid box contains The Man Who album on vinyl and CD along with a B-sides album also on vinyl and CD. There are 19 B-sides on the CD but a small selection of 10 ‘favourites’ on the vinyl LP. It also comes with a glossy 48 page photo book ‘The Man Who Photo Album’. 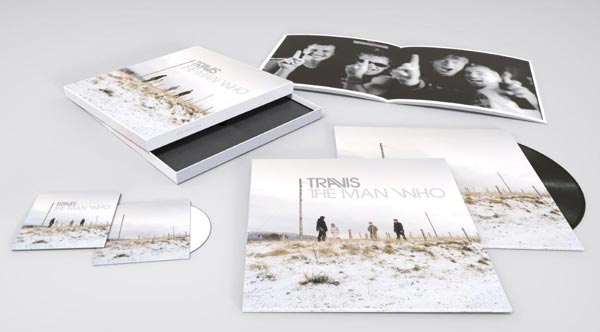 The 20th anniversary box set of ‘The Man Who’

One major difference is that the 20th anniversary box will not include the signed print/art card that was included in the 2017 set. There is now also a standalone two-CD deluxe with the B-sides on the second CD and a 20th anniversary vinyl (no bonus tracks).

These 20th anniversary editions of The Man Who will be released on 21 June 2019. Craft Recordings are also issuing a brand new release, Travis Live at Glastonbury ’99 on the same date.

The Man Who - 2CD deluxe

The Man Who - vinyl LP 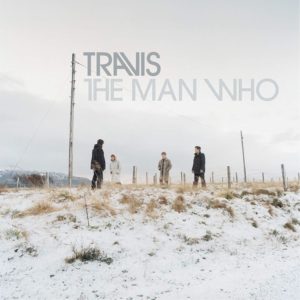 The Man Who box set

The Man Who vinyl LP

Side B
Turn
Why Does It Always Rain On Me?
Luv
She’s So Strange
Slide Show
Blue Flashing Light

The Man Who CD
Writing To Reach You
The Fear
As You Are
Driftwood
The Last Laugh Of The Laughter
Turn
Why Does It Always Rain On Me?
Luv
She’s So Strange
Slide Show

The Man Who B-Sides (as selected by the band CD) 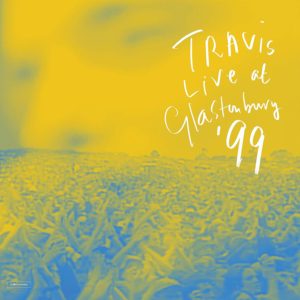 A1. Blue Flashing Light
A2. The Fear
A3. Writing To Reach You
A4. Good Feeling