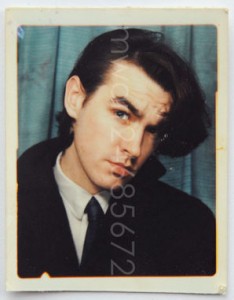 With the Viva Hate reissue less than a week away (out on 2 April in the UK) one opportunistic ebay seller is offering three original photos of Morrissey from the late ’70s “when he was involved in the running of the UK New York Dolls fan club”.

As can be seen from the pictures, the quiff and the ‘look’ were all present and correct at this early stage.

Should you be interested in purchasing just one of these original photos, there is a ‘buy-it-now’ price on the auction of £475. About the same price as it would cost you to pick up The Smiths Complete Super Deluxe Edition.

Later this week look out for our interview with Stephen Street where he discusses the Viva Hate album in detail.