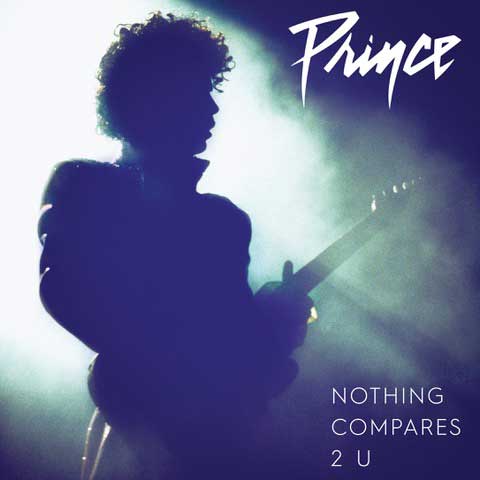 + Great vault find – Official store only ships from US • $$ ker-ching

The Prince Estate in collaboration with Warner Bros. Records has released the original version of Nothing Compares 2 U as recorded by Prince in 1984.

The track is of course best known via Sinead O’Connor‘s superb 1990 cover, but back in 1984, this was originally composed, arranged and performed in its entirety by Prince and was recorded at the Flying Cloud Drive ‘Warehouse’ in Eden Prairie by his long-time engineer Susan Rogers. This original version also features backing vocals by Susannah Melvoin and Paul “St. Paul” Peterson and the saxophone work by Eric Leeds. It is of course completely unreleased – the song’s first official appearance was on the eponymous debut album of The Family – one of Prince’s side projects.

The record label have made a digital version of this original version of Nothing Compares 2 U available immediately (stream or download) but they will also be issuing a physical version as a seven-inch single, with picture disc and black vinyl variants.

Michael Howe is the Prince Estate’s official Vault Archivist, and had the following to say: “I spotted the two-inch multitrack reel in the Vault some weeks back while doing a 1984-era inventory. After retrieving my jaw from the floor, we took the reel upstairs, analysed it, put it up on the Studer 24 track machine, and digitised it to 24/192. Even our ‘faders up’ rough mix was compelling enough to indicate that this was something very special indeed.”

The song has been put to a video (see above) featuring never-before-seen rehearsal footage of Prince & The Revolution practicing their choreography in that same Eden Prairie warehouse during the same summer of 1984.

The bad news is that the vinyl picture disc is only available by a relaunched Prince HitNRun website and you can’t buy it on its own, only with a T-shirt. Also everything in the official store ships from the USA, so for fans in the UK and Europe (and further afield) this seven-inch / T-shirt bundle works out to be around £36 ($50) and then the cheapest shipping to the UK (which arrives 8-24 business days after the official release date) is £12 ($17.39). That’s £48 in total. If you end up paying import VAT and associated charges that could add another £20. So in the worst case scenario – with the very cheapest/slowest shipping – acquiring the seven-inch picture disc single could cost UK buyers close to £70! By the way, if you go for the fastest shipping option (which still takes 4-5 business days after release), that costs £43 or $61, taking your picture disc/T-shirt bundle price to £79 without possible import VAT or associated charges!

Some of the merchandise is quite cool looking, but you can’t help but feel that the Estate is cranking up the commercial side of things to ’11’. And for an artist with such global appeal, it’s all very US-centric right now.

Thankfully, if you can forego the picture disc, and are happy with the humble black vinyl seven-inch, then this will be available for pre-order from the usual channels and will be released on 25 May 2018.