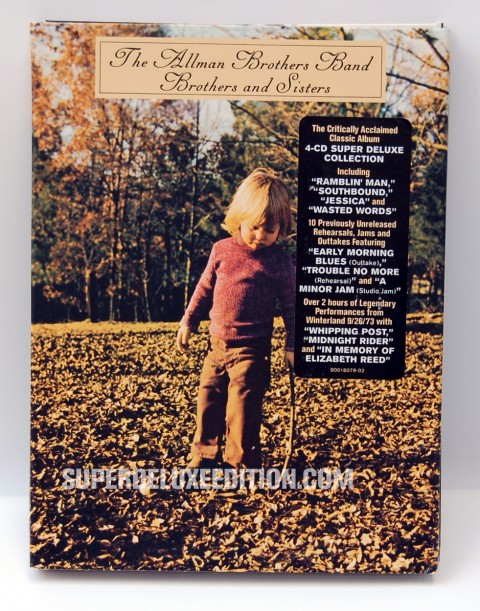 The Allman Brothers Band’s 1973 album Brothers and Sisters, was the first full record to be recorded without Duane Allman, who’d been killed in a motorcycle accident in October 1971. The rock/blues outfit then suffered another terrible blow when bassist Berry Oakley was killed during the making of this record (another motorcycle accident). Lamar Williams was brought in as a replacement and plays on five of the record’s seven tracks.

Despite all the adversity, when released in August 1973, Brothers and Sisters would become The Allman Brothers Band first number one album in the US and even spawned a big hit single in the form of the guitarist Dickey Betts’ Ramblin Man’ (it reached number two). Those in the UK will also recognise another Betts composition, the instrumental Jessica, as the theme tune to Top Gear.

Universal’s new super deluxe edition of Brothers and Sisters comes packaged in a rather splendid 10-panel card wallet, with a 32-page booklet that details the making of the album with lots of archive photography.