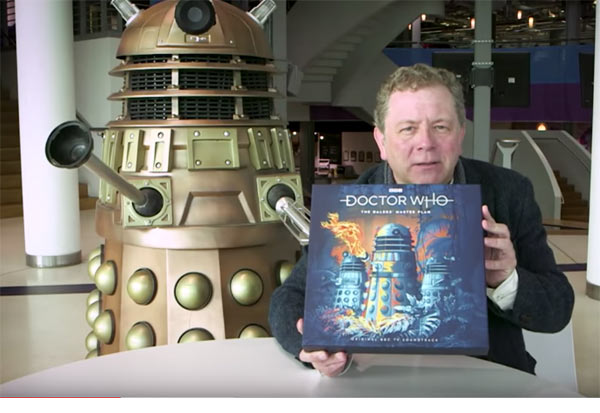 In an entertaining unboxing video impressionist and comedian Jon Culshaw (and ‘friend’ behind him) gets to grips with the new Doctor Who vinyl box set, The Dalek’s Master Plan.

Culshaw gives a wonderful description of playing a record: “As the vinyl spins around and the stylus moves across… that’s like a mini-performance in itself, isn’t it? The wonderful sense of hardware and tangibility. You can’t download that!” Check out the video below.

This box set is available as standard translucent blue vinyl, or as a special exclusive edition with the seven 180g vinyl records pressed on orange ‘splatter’ vinyl. It’s out now.