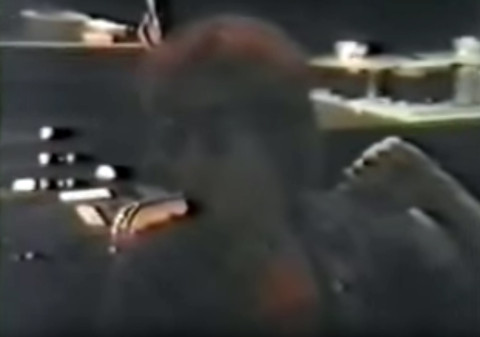 This is fascinating. Here, Los Angeles Times music critic Robert Hilburn interviewed John Lennon in the Hit Factory Studios where John and Yoko Ono were recording and mixing Double Fantasy. This was recorded on 10 October, 1980, a day after John’s 40th birthday and less than two months before his death.

Apparently, John’s personal assistant, Fred Seaman, had set up on the console in front of Hilburn and Lennon a new RCA video camera and began filming. It is the only video interview of John in 1980. Although the quality isn’t very good and someone seems to be watching Star Wars in the background (it’s a racket!), it’s a poignant watch, with John at his likeable best. He covers many topics, including the quality of his solo albums and the music of Paul McCartney (and how much he likes Coming Up). Click ‘more’ to watch the interview.

This July, Universal will issue Before During After – The Story of 10cc, a new…