On Saturday Deluxe this week: The Smiths, Huey Lewis and The News, Steven Wilson, David Bowie and Paul McCartney… 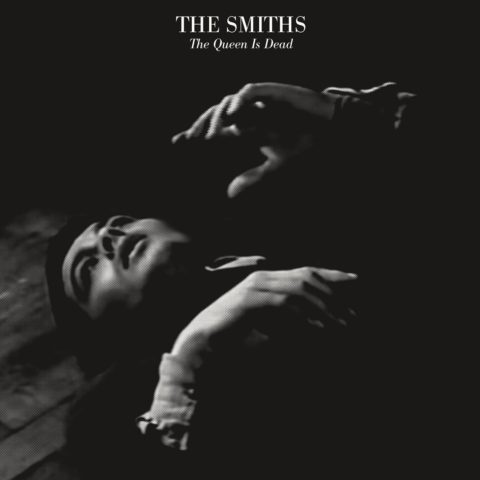 It seems that ‘things’ are never simple with anything to do with The Smiths, or Morrissey. I’ve been trying to find out for ages who has remastered The Queen Is Dead for the forthcoming deluxe reissue but was drawing a blank. The information was absent from the press release which was odd in itself, since normally labels are falling over themselves to inform the media how the audio for reissues has been remastered by *insert renowned audio engineer’s name here*, normally from “the original tapes” etc.

Initially, SDE emails to Warners went unanswered, but persistence has paid off and I can confirm that producer and audio engineer Bill Inglot has created the ‘2017 Master’ of the 1986 album and will have mastered the unreleased live and demo material too. 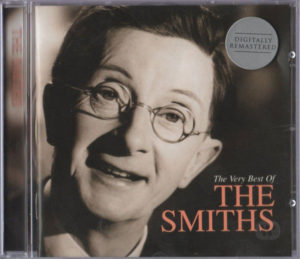 Bill is a veteran in the industry, and has compiled, curated and remastering archival projects for decades (he worked for Warners for 25 years). He’s not new to The Smiths back catalogue either, having remastered the audio for the 2001 compilation The Very Best Of The Smiths with Dan Hersch.

But why the secrecy? Who knows! Inglot is not credited on the recent 12-inch of The Queen Is Dead and that presumably used the newly remastered audio. That single reissue in itself was weird, with indie retailers been told that under no circumstances should they try to promote it ahead of the release date!

Remastering is such a big can of worms these days, perhaps you can’t blame Warners for keeping things close to their chests. But the facts are that Inglot has remastered and Morrissey/Marr have approved the audio. SDE’s request (via the label) to discuss with Bill his work on this project was denied. He will not be talking about remastering The Smiths to anyone.

The Queen Is Dead is reissued in October. Read more about it here. 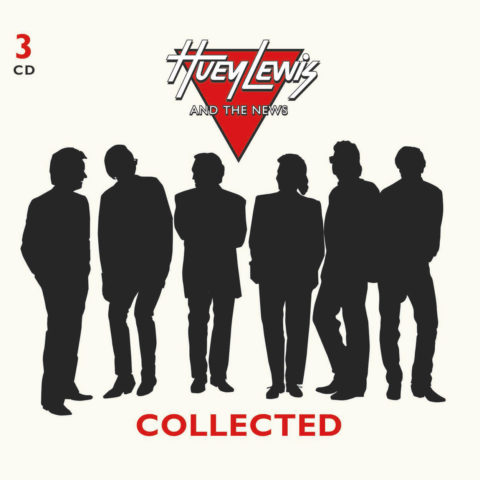 The Huey Lewis and The News three-CD Collected compilation that SDE told you about on Tuesday is now available to order on Amazon UK (and other European Amazons). It’s not particularly cheap for a three-CD set, but these aren’t officially released in the UK so we end up paying ‘import’ pricing. This is still a great looking set, and you can check out more details and the track listing on the original post. 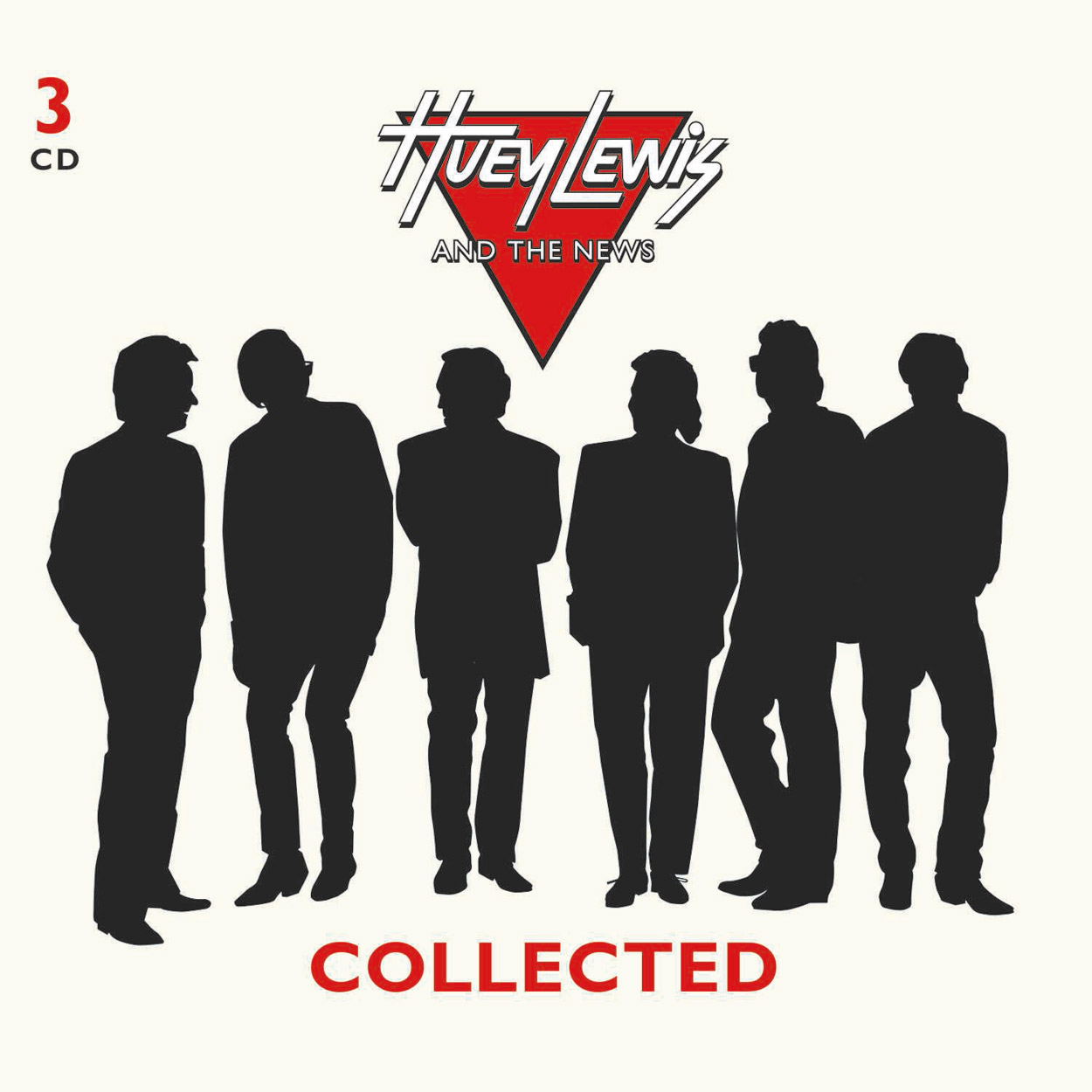 Huey Lewis and The News 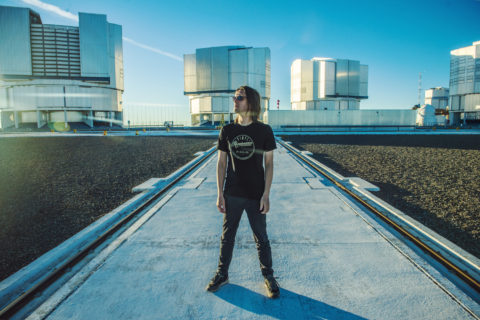 Thanks for all the great feedback on my Steven Wilson interview, which was published yesterday. Unfortunately, the SDE shop has now SOLD OUT of the signed blu-ray, but I have spotted availability of the limited coloured vinyl edition of To The Bone on Amazon Italy. I’m assuming this is the same ‘bone coloured’ vinyl that HMV have long since sold out of. Get in quick, since I have no idea what stock levels they might have.

Parlophone have issued a new ‘unboxing video’ for the forthcoming David Bowie box set, A New Career In A New Town (1977-1982). It’s one of those ‘virtual’ unboxing vids, and it’s quite short, but it does give us a look at packaging, images, disc labels etc. SDE will do an in-depth unboxing when we have the product at the end of next month. 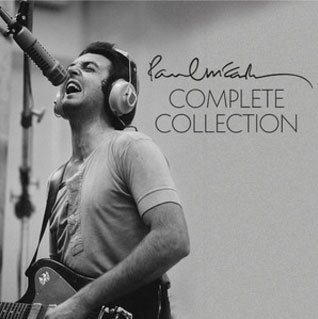 Before you get too excited at the above image, let me quickly point out that Paul McCartney Complete Collection is a new 497-track Spotify playlist, created by Macca’s team, it’s not a physical release.

The reason for mentioning it, is that I was looking through it yesterday and reflecting on how ‘complete’ it actually was. Despite the inclusion of bonus tracks from the reissues of recent years, there are holes all over the place and what’s interesting is that the archive collection reissues of the last seven years have arguably made establishing what Paul’s ‘official’ released output is, more not less difficult. Most of this is down to Paul’s frustrating habit of not including certain tracks as part of the physical release.

Let’s take 1971’s RAM for example. The Spotify playlist includes the 2012 remaster of the album and the eight bonus tracks, but it doesn’t include the mono version of the album, and neither does it include Uncle Albert Jam, a bit of studio tomfoolery that was issued as one of two digital-only bonus tracks at the time.

With Tug Of War, again the 2015 album remix is included along with the bonus tracks, but the 2015 remaster of the single edit of Take It Away is missing, even though it’s freely available for download from Paul’s website. Also, the original mix of the Tug Of War album isn’t here at all!

With Pipes of Peace, the single edit of the 2015 remix of Say Say Say is missing, as is the instrumental version of that same edit and the original Jellybean instrumental 12-inch which was included as the B-side to the Record Store Day Say Say Say 12-inch in 2015.

If we take the latest reissue, Flowers in the Dirt, the audio bonus CD in the four-disc deluxe isn’t included and neither is the download-only content controversially included with the physical box. So B-sides like Back On My Feet or Flying To My Home are missing completely (along with all with all the ‘Flowers’ remixes etc.). None of the three demos that Paul issued on his website are here, either.

If you think grumbling about bonus tracks is a bit nerdish, I will also point out that four entire albums – Back To The Egg, Wildlife, Wings at the Speed Of Sound and London Town – are missing from this ‘complete’ Paul McCartney collection! But the Kanye West collaboration FiveFourSeconds is here, so that’s okay…

Also, this digital playlist is a right old mish-mash of different remasters. Press To Play is uses the “1993 Digital Remaster” – 24-year old audio that is probably worse-sounding than the 31-year old original.

Does any of this matter? Probably not to most people – including the ‘casual’ Macca fan that wants to listen to a 497-track playlist – BUT if you’re going to call something ‘complete’…

I’ll finish with the thought that when Paul McCartney first put his output on iTunes many years ago, there were some exclusive bonus tracks offered which have long since disappeared. As long as MPL and McCartney continue to thrown around bonus digital tracks like confetti, they undermine the point of the physical archive and appear not to even be sure what resides in their digital archive, as this Spotify playlist demonstrates.