Shout! Tears For Fears back in the UK

Although the band only played three tracks from Songs From The Big Chair (Everybody Wants To Rule The World, Shout and Head Over Heels) it was a fairly ‘democratic’ song-selection with four from The Hurting, three from their last studio album Everybody Loves A Happy Ending and four from The Seeds of Love. Radiohead‘s Creep was given a workout and Elemental stand-out, Break It Down Again – a TFF live stalwart – was also performed.

So no surprises at all in the 16-song setlist – none of the covers they’ve recorded in the last few years and no new material, which must exist since they’ve been working on it for a least two years! In fact, only two songs in the set were not released as singles – Memories Fade and Badman’s Song.

Here’s a new trailer for Ron Howard’s Beatles documentary, Eight Days A Week: The Touring Years. You know, the film they are advertising on the front of The Hollywood Bowl reissue…

The tag line is ‘The Band You Know. The Story You Don’t’. Hmm, really? I read Philip Norman’s Shout when I was probably 12 or 13 in the early 1980s and since then have consumed just about every book/film/documentary/tv show ever put out about the Fab Four. So forgive me if I feel like I DO know the story. Also, didn’t The Beatles themselves tell us this very ‘story’ in 1995 with the first few episodes of The Beatles’ Anthology? Don’t want to be too negative, because I know I will enjoy it, regardless. If nothing else the trailer, reminds us of how brilliant that line is from George… “we were normal, and the rest of the world was crazy”.

Incidentally, one interesting aspect to the theatrical release of Eight Days A Week is that as part of the screenings, the Shea Stadium concert will also be shown. The footage (shot with 14 x 35mm cameras by Ed Sullivan Productions) has been restored and will be screened in the 4K format with sound remastered at Abbey Road Studios by Giles Martin and Sam Okell. Good to know that this clean-up work on Shea Stadium has already been done. If they are showing this with the film, then you’d be forgiven for assuming it will be bonus content on the future blu-ray/DVD of Eight Days A Week, but I can’t see them being quite so carefree with something so iconic and important…

Read about The Beatles Live at the Hollywood Bowl. 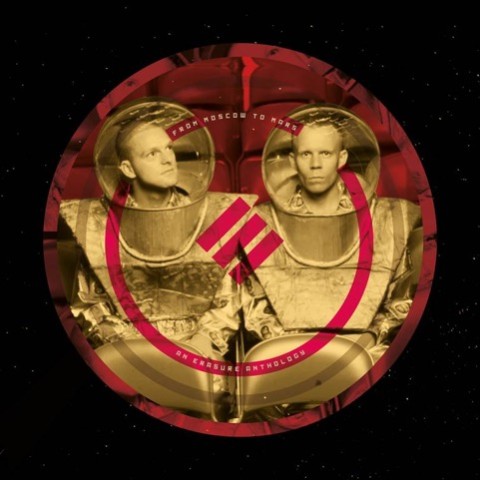 We already know that there is going to be an Erasure box set later this year, and we also know that two CDs have been allocated for B-sides, but now the set has a name. The anthology will be called ‘From Moscow To Mars‘. It will be released in ‘the autumn’ and the band are promising more news ‘soon’. 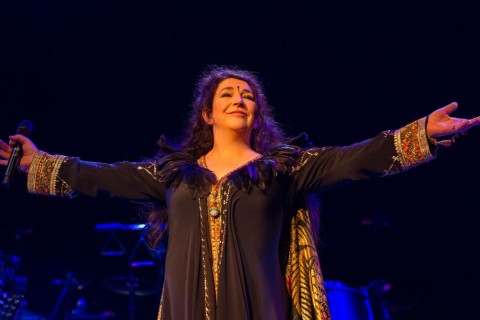 SDE would like to wish Kate Bush a very happy birthday. She’s a sprightly (whisper it) 58 today. We love Kate, even she also annoys us by not reissuing ANYTHING and continues to sit on the audio and video recorded during her Before The Dawn run in 2014…

Talking of which, I don’t know if you’ve noticed, but some enterprising journalist has looked into Kate’s company’s accounts and worked out that she made ‘just’ £1.7m from her Before The Dawn gigs back in 2014. This has turned into a tabloid story of how Kate (“the Wuthering Heights Hitmaker”) turned her back on ‘tens of millions’ (“Gig Mistake”) by choosing not to tour big arenas, and stay put in the relatively cosy surroundings of Hammersmith Odeon.

I’m not quite sure how this is any kind of surprise to anyone. Kate ‘could’ do a lot of things to make money (reissues, update her 30 year old greatest hits compilation, release albums more regularly, go on TV, do more promotion, play live more etc.) but she chooses not to.

Lots of artists talk about their desire to live a ‘normal’ life, but still turn up at premieres and court publicity and attention to maximise their career and earnings. I don’t want to single her out, but an example is UK soul singer, Beverly Knight. She does (0r did) promotional work for Audi. I went to a launch event quite a few years back (where she performed) and the company openly called her a ‘friend of the brand’. No doubt she gets supplied with a flashy car, combined with retainer, and healthy appearance fees etc. Nothing wrong with this of course (it doesn’t make her a bad person) but the point is you probably need a will of iron to turn down a brand new R8 every year and all that flattery, attention and corporate cash – if it is offered to you. But it is exactly these kind of ‘sacrifices’ Kate makes. She doesn’t feel she needs to earn extra cash by wasting energy doing something that isn’t her ‘core’ activity – making music, and having a happy family life.

Obviously, even if you factor in 18 months of preparation, £1.7m is still pretty good money, so while I do admire Kate’s resolve not to be swayed by filthy lucre, she’s still doing alright!