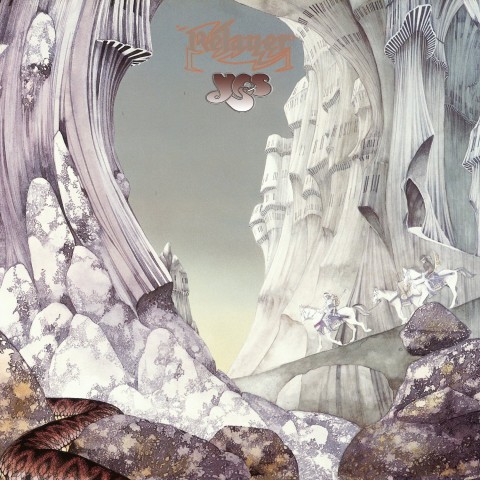 Relayer, the 1974 studio album from British prog rock band Yes, will be reissued in November as a massively expanded CD+Blu-ray set featuring a wealth of bonus material and a 5.1 remix from Steven Wilson.

This represents the third in the Yes reissue series (after Close to the Edge and The Yes Album) and like those releases Relayer will available as a CD+DVD-Audio set for fans who prefer that format. If you’ve bought the previous titles will know what to expect; the CD element features a brand new stereo mix and two promo single edits and the blu-ray boasts hi-res 5.1 surround sound (LPCM and DTS-MA 24/96), hi-res stereo mixes of both new and original stereo mixes.

The blu-ray features a massive amount of extras including a complete alternate album running order drawn from demos and studio run-throughs as well as additional demos, full album instrumental mixes, a full album needle-drop of an original UK A1/B1 vinyl pressing, singles edits, a live tracks and needle-drops of the banded tracks from the original US vinyl promo album.

It’s important to note that the CD+DVD-A version does not include the vinyl rips or instrumentals, so the blu-ray is certainly the more attractive of the formats.

The original artwork is expanded, restored and approved by Roger Dean and the CD+Blu-ray comes in mini-vinyl replica format with new sleeve notes by writer Sid Smith.