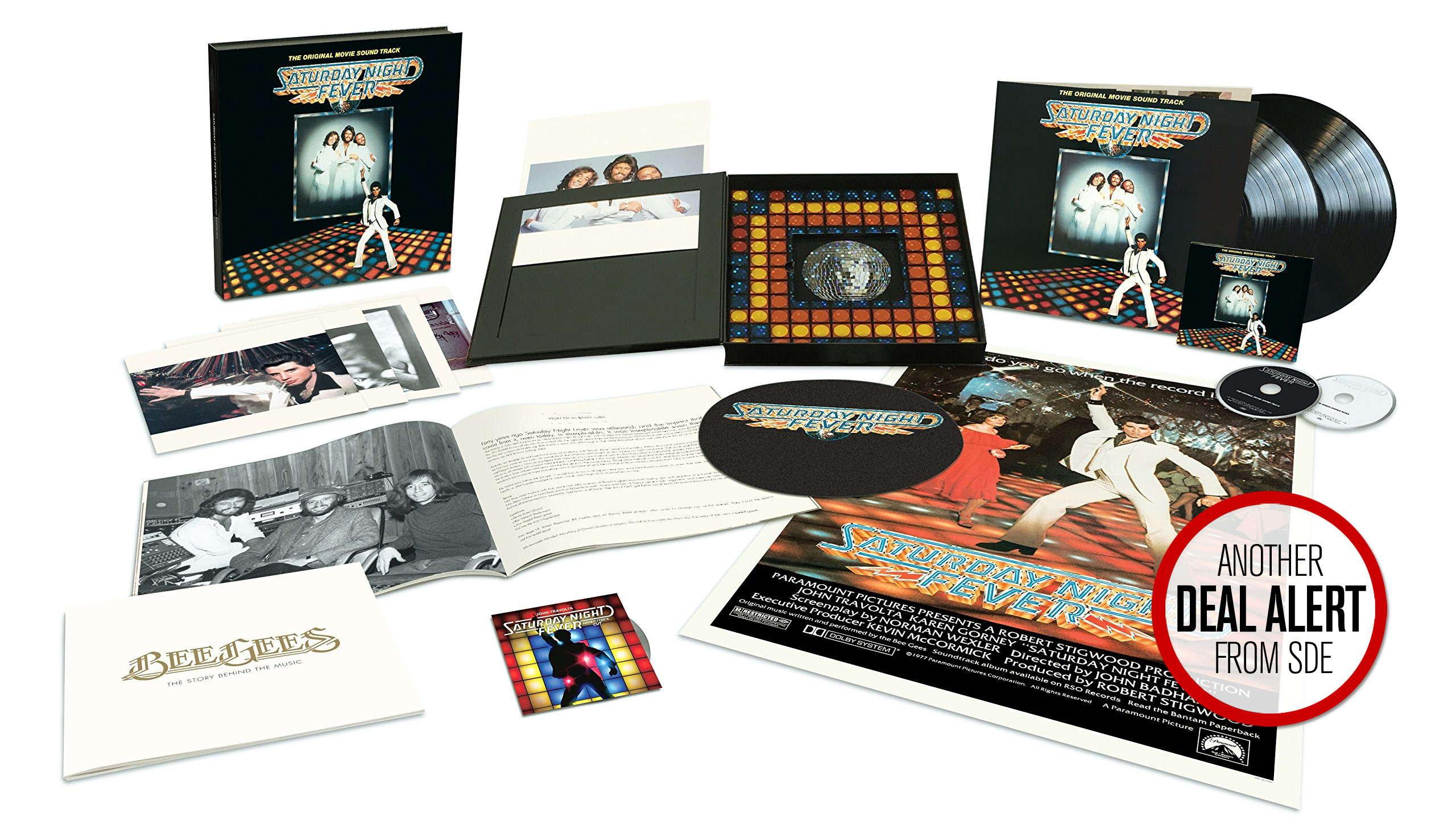 The package includes double vinyl, a two-CD edition (including four new mixes by Serban Ghenea), the 4K-restored 40th anniversary ‘Director’s Cut’ of the film on Blu-ray, a 24-page book (with new essays by Barry Gibb, Bill Oakes, John Badham, and David Shire), five art prints, a movie poster and turntable mat! It’s just $43 right now which with the pound currently relatively strong is about £32. The same box set is £116 in the UK!

You don’t even have to worry about import duty, because the price shipped with Amazon’s ‘import fees deposit’ is £46 – still a £70 saving.