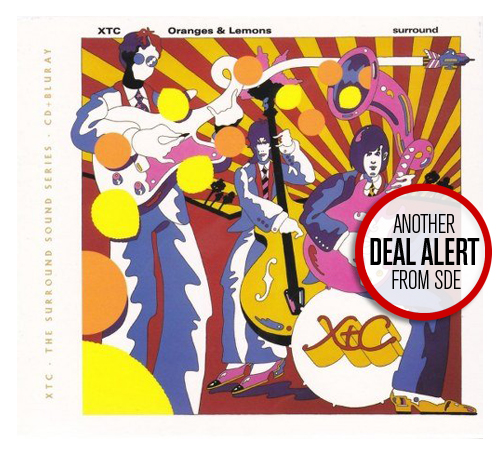 It has been a good week for US deals, and this continues today with XTC‘s 2015 CD+blu-ray reissue of Oranges & Lemons available for a crazy price!

Regular SDE readers will already know that XTC put together some of the very best reissues out there, and even at standard price points they are a bargain. So this deluxe edition of the 1989 –  which features a Steven Wilson 5.1 mix, a brand new stereo mix, hi-res stereo instrumentals, demos, rehearsals, single mixes, promo films and more – is a total giveaway at its discounted price of $12.92. That’s less than £10!

If you are wondering, the blu-ray has no region restrictions.

The CD contains a brand new Steven Wilson stereo mix while blu-ray (no region restrictions, NTSC) offers a hi-res (24bit/96kHz) flat-transfer of the original mix of the album as well as the following content: