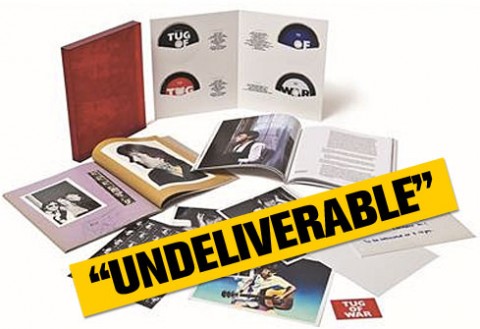 I was all set to create an unboxing video this week that compared Paul McCartney‘s Tug of War deluxe versus the super deluxe, but unfortunately I got a message that my limited super deluxe – which was on the way from Amazon France – had been returned as ‘undeliverable’. Argh!

After some investigation, it seems the item was damaged in transit. Amazon were quick to give me a refund, but of course because this item was so limited (1000 worldwide) it was no longer available, and I couldn’t reorder it. To be fair, they have promised that if it comes back in to stock (seems unlikely) at a higher price I can order and they will refund the difference, so I guess I’ll keep an eye out. I was gutted initially, but on reflection I have saved €130 for the sake of an ‘acrylic slipcase’ and a few ‘hand numbered’ prints, so hey-ho. By the way there will still be a video, so stay tuned to SDE next week.

Read more about the Tug of War formats here. 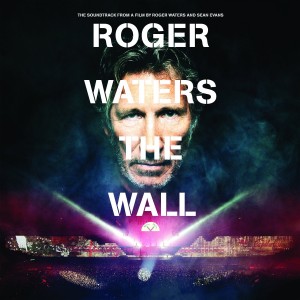 Roger Waters‘  The Wall Live tour is being issued soon, and this week the DVD and special two-blu-ray edition were announced. Then a few days later the three-LP and two-CD sets were also announced. Next week, a Super Deluxe Edition box set will be announced. You do wish they could tell you everything at the same time!

Read more the video and audio editions of Roger Waters The Wall.

Paul McCartney‘s Tug of War reissue enters the UK Physical Albums chart at number 30 this week (#47 in ‘normal’ album chart), with Pipes of Peace bringing up the rear at number 41. Sony’s former number one, the Paul Simon Ultimate Collection ‘best of’, is still doing strong business ahead of both of the new Macca reissues 26 weeks after it was released (it currently stands at no. 28).

In fact, ‘greatest hits’ tend to clog up the lower reaches of this physical chart (Elton John, Lionel Richie, Bon Jovi, Whitney Houston and James Taylor all have ‘best of’s in the top 70) reflecting the fact that the demographic that buy them are probably least the likely to download and the wide availability of such titles front-of-house at shops like HMV and also in supermarkets in the UK. 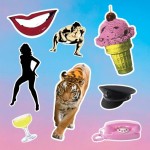 Duran Duran‘s Paper Gods is at no. 64 in the physical album chart down from 43 last week and after just five weeks is only a lowly 99 in the actual album charts which takes into account downloads etc. With no hit single and the band concentrating promotion in the US at the moment, it’s perhaps not too surprising. 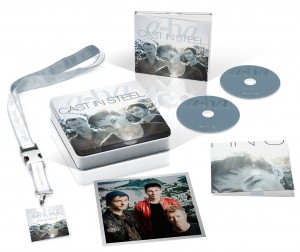 a-ha‘s Cast in Steel is only a few places down from Duran Duran at number 66 which isn’t too bad, since it had much less online promotion and social media ‘presence’ (aka hype) than Paper Gods. And although it’s a double success for a-ha, with the Bill Inglot complied and mastered Definitive Singles Collection at no. 76 (incidentally, this now seems the de facto hits set ahead of Headline and Deadlines) it’s disappointing to note that the five-disc super deluxe edition of Hunting High and Low is nowhere to be found in the top 100 physical albums three weeks after it entered at number 52. Perhaps the timing was ill-advised with the new album out as well.

Having said that, it’s not unusual for box sets to drop like a stone, because the debut chart entry takes into account weeks and probably months of pre-orders. So David Bowie‘s Five Years set entered at no. 32 the week before last and is nowhere to be found in the top 100 physical albums chart this week.

The Garbage debut album reissue is a rather disappointing 78 in the physical chart and nowhere to be found in the ‘proper’ UK top 100. If they’d got their act together and released all formats on the same day, then this may have been different but at the time of writing only the underwhelming two-CD version is out. The double LP set isn’t due to be released for another three weeks (30 October) with the limited triple LP vinyl box looks like it’s going to be early December from what I understand!