The race for the number one album at Christmas in the UK took an interesting turn this week as Taylor Swift ‘dropped’ a surprise new album Evermore.

The follow-up to this year’s Folklore was released yesterday, digitally, and might well account for Paul McCartney moving the release date of the forthcoming McCartney III back a week to 18 December, even if this was officially put down to “unforeseeable production delays.”

Macca isn’t completely out of the woods, because Swift’s Evermore is released on CD on 18 December so there’s still a chance that week two streaming combined with week one CD sales might keep McCartney off the top spot, but with all his chart eligible formats (15 at the last count) Paul should have done enough. Probably. We will have to wait and see.

You can order Taylor Swift’s album on CD below. The vinyl isn’t being issued until well into next year. Read more about McCartney III, here. 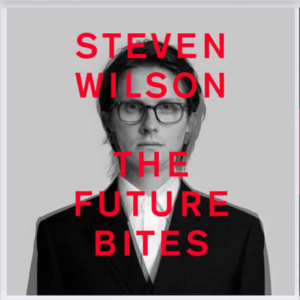 Steven Wilson has officially confirmed what he mentioned to SDE a few weeks ago in that his The Future Bites Tour will now start in September and October next year. The London date is now at the Hammersmith Apollo on 16 September. See here for full details.

The album will finally be released at the end of January. Read more about that on SDE.