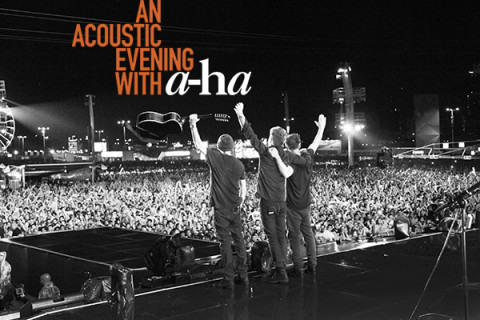 a-ha (don’t say they’re back together!) have announced plays for a series of acoustic dates that will culminate in a live album/concert film release in late 2017.

These ‘intimate’ performances will take place between 26 and 30 June next year (venue/location not confirmed) and the live album/concert film will be issued in November 2017. Early the following year (don’t say they don’t give you advance warning) this acoustic show will go on the road, with January 2018 dates confirmed in Germany, Austria and Switzerland.

Other dates will follow, although “the full scope of the acoustic tour is not yet finalised” (sort it out!). You can read more about this on a-ha’s website. 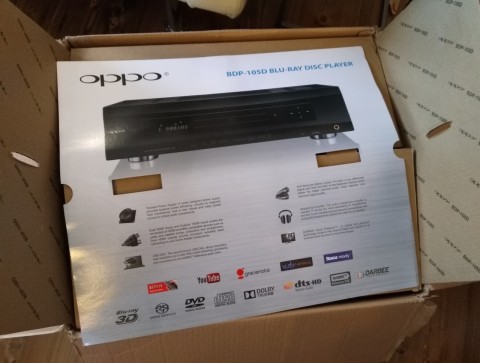 If you recall on Saturday Deluxe a few weeks back I said that Alison Moyet broke my CD player. Not personally, of course (that would be weird), but I still blame the reissue of Alf. That CD didn’t work in any CD player including the one in my car. Hmm. Anyway, this resulted in me reaching out to you for suggestions for a possible replacement. I already had the idea of maybe getting an OPPO and I’m delighted to say that OPPO have been in touch to offer SDE a BDP-105D for a long-term test!

It turned up a few days ago and I’ll be reporting back in the coming months on the performance of the machine. Thus far, I can tell you that all I’ve done is play disc one of Kate Bush‘s Before The Dawn, but I’m already impressed. Lots of features to check out of course, including blu-ray audio/SACD playback and hi-res playback via USB or across a network (after six years I can finally try playing my McCartney hi-res downloads).

Lloyd Cole and controlling the news…

I had an interesting ‘conversation’ with Lloyd Cole on twitter this week.

This all stemmed from the fact that Amazon had listed his forthcoming box set for pre-order, something which I considered ‘news’ in the SDE community, so I posted about it.

I tagged him in the twitter post and he wasn’t overly happy that it was already up for pre-order and I was mentioning it.  Apparently, Universal aren’t planning to officially announce until early January. His words were that it was best not to ‘confuse things’ after I had made the point that labels have a bit of a cheek to get annoyed just because you might not be totally aligned with their timeline. You are, at the end of the day, still giving their products the oxygen of publicity and connecting with the audience they desire.

Anyway, it was all very polite! I think Lloyd could understand my point of view but he was frustrated because Amazon had not listed the title correctly (“it’s not news, it’s wrong”). To his credit he provided the right title – Lloyd Cole in New York – and then subsequently posted some additional information on his Facebook page. What’s disappointing is that the Amazon UK pre-order page for this box has now been taken down (the Amazon Italy one is still there – with track listing). As if some early pre-orders from hardcore fans is going to see the marketing campaign collapse like a house of cards…

The whole thing touches on issues of ‘control’ and how record labels and PR companies seem to be working in the dark ages, if think they can have total control over news and announcements. I made the point to Lloyd, that the days of ‘the big reveal’ are largely over. In the age of the internet, social media, online forums, and sites like SDE – as well as online retailers like Amazon, who need information in advance – it’s nigh on impossible to properly contain ‘news’ of releases. It’s a fruitless task and the solution surely isn’t to turn the likes of SDE into the ‘enemy’.

SIGNED, sealed, delivered – does an autograph mean anything, anymore? One of the big…