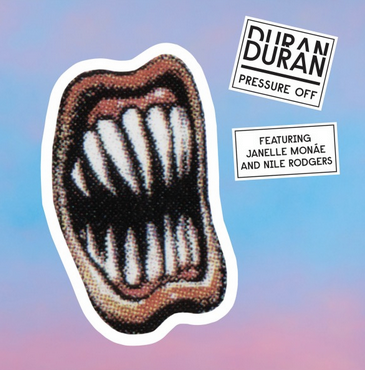 Duran Duran‘s new album Paper Gods is due in September and this week we’ve had a look at the artwork. I think it’s fair to say from reading your comments that you’re not overly impressed! Maybe it will get improved/replaced, but if not, then you have to wonder what Warner Bros. are up to. Surely they should have pointed out that it’s simple not good enough, or do major labels feel they no longer have the power to tell acts to up their game?

What is curious is that the artwork references the past so much, with visual cues back to Rio, The Chauffeur and the like. Nick Rhodes admitted recently that the last album, All You Need is Now, “definitely reflected our earlier albums, but our starting point here was Notorious“. It’s all very contradictory.

Putting artwork to one side let’s talk about the music. I don’t whether Pressure Off is officially available anywhere yet, but you can listen to it below. For me, it’s a decent Nile Rodgers-heavy effort, but not really exceptional. It has a fairly strong chorus, although I think I could do without the ‘oh oh oh oh oh’ bit, and the distorted vocals, while presumably designed to give the song an ‘edge’, don’t really bring much to the table. Nile Rodger’s  distinctive guitar brings to mind Get Lucky, his 2013 collaboration with Daft Punk and Pharrell Williams. While that track unabashedly turned the disco up to 11, it had a smoothness and effortlessness that was irresistible and a sing-a-long-ability that was off the scale. Pressure Off is not in the same ballpark, unfortunately.

The verse melody (and lyrics) are really rather dull and the song is totally reliant on the chorus for the hooks, which gives the track a rather one dimensional ‘don’t bore us, get to the chorus’ feel. The Janelle Monáe break at around the three minute mark works well, but again that ‘oh oh oh oh’ bit really should have ended up on the cutting room floor. Duran Duran are always really bullish about new material and can always talk a good game but history has taught us that the reality doesn’t always match the hype (hello Liberty and Red Carpet Massacre). Four years on from All You Need Is Now, the first ‘single’ from the new album isn’t an embarrassment by any means, it just lacks any ‘wow’ factor. It also sounds nothing like anything from Notorious. Full judgement is reserved until September when the album can be assessed in full. What do you think of Pressure Off? Leave a comment and let us know. 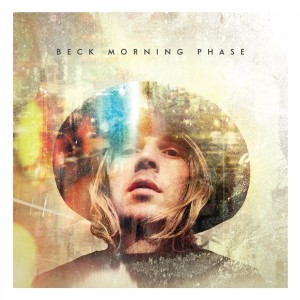 For a while it looked like Morning Phase, Beck‘s fine album from early last year was going to go out of print on vinyl. However that hasn’t happened and not only that it is currently cheaper than it has ever been  – being available for less than £10 on Amazon UK.

Many of you who have requested replacement DVD/Blu-rays for the Simple Minds Sparkle in the Rain reissue should have now received them. If you are unaware, there were issues with the 5.1 mix and the hi-res stereo mix was in mono! Anyway for a while Universal were sorting this out directly, but the situation now has changed and all retailers including Amazon now have corrected stock. This means two things – you can order the box or blu-ray confidently and know you will get the ‘right’ version and if you have the old version you can request a replacement from the retailer from which you bought the items. The old information about going back directly to Universal Music is now out-of-date and should be ignored.

As we enter December next week, you’d be forgiven for thinking all the new…