It’s the weekend! In a new feature, SDE makes itself a bacon sandwich and kicks back with some stories and updates from the past week, along with gossip and news from the weeks to come… 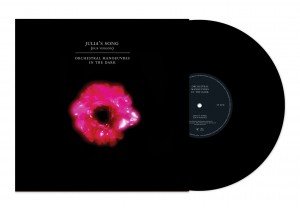 We’re a month away from Record Store Day (18 April) and there appears to be a surprising consensus amongst fans that it’s really not that great for collectors. The regular occurrence of the collectibles appearing on eBay hours after the items go on sale, is both predictable and depressing. And of course you need to have a record store near you for the day to really ‘work’. I’m all for popping along to a local record shop and joining the queue at 7am and chatting to fellow enthusiasts, but count me out if I have to travel for an hour or more to a ‘major’ indie and camp out half the night to grab a seven inch single for £15.

I guess we should not forget that Record Store Day was primarily set-up to support independent record stores and I doubt many here would take issue with that particular goal. This year there is plenty of product conveniently supporting major label reissues, including OMD‘s Julia’s Song (Dub Version) (not on the deluxe of Junk Culture, but let’s not go there), a seven-inch picture disc of Simple Minds‘ Waterfront and a ten-inch vinyl of Roxy Music‘s Ladytron / The Numberer, with both of those songs being given a 2015 Steven Wilson stereo remix and Ladytron being an unreleased version, a full three minutes longer than the original. By the way, Tears For Fears‘s RSD 12-inch of extended versions of Shout and Everybody Wants To Rule The World has been cancelled. 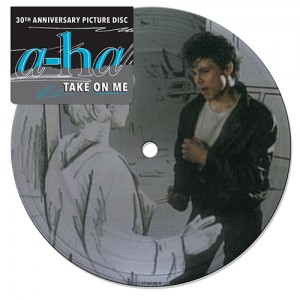 Rhino is releasing a seven-inch picture disc of a-ha‘s classic UK number two Take On Me for RSD, but the big news is that the band will be holding a press conference next Wednesday at the Norwegian Embassy in Berlin. This ‘media event by invitation only’ (your correspondent hasn’t been invited!) is probably to announce the Hunting High and Low super deluxe edition box set and officially launch the LP reissues and deluxe editions. Although maybe the band are getting back together, who knows? 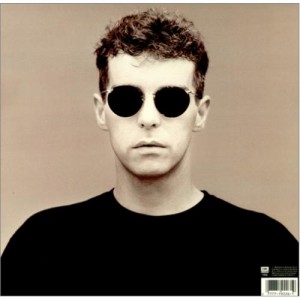 SDE revealed a while back that a Pet Shop Boys ‘reissues project’ was on the cards. I did some digging but couldn’t find out anything more at this stage, however a month later Rhino are putting a PSB rarity on CD in the shape of the Ian Levine’s remix of the Suburbia B-side Paninaro. Rhino is of course Warner’s reissue imprint and Warners ended up with Parlophone (PSB’s label for decades) after Universal bought EMI. It seems unlikely that someone has pulled the tapes for this rare remix and mastered it for CD especially for this new budget compilation without it being part of a wider remastering PSB project. Having said that it’s a weird thing to do to ‘give away’ (okay, it’s £6.99 for 3CDs) a key Pet Shop Boys Please-era rarity when you are planning an anniversary box set of said album (okay, that’s not confirmed, but it’s what I think is happening).

As you may have read the Björk Anniversary vinyl turned out to be rather disappointing with thin vinyl records and terrible artwork reproduction on some sleeves, notably 1993’s Debut. One Little Indian responded to a request from SDE for a comment and had the following to say:

One Little Indian: “We’re really sorry that some people have been disappointed with the quality of the Debut sleeve – all the sleeves on the recent limited edition coloured vinyl are as the original runs, all printed on 300gsm card. They are not the deluxe versions, but historically the same as the originals, using the original printers.”

If you haven’t signed up for the SDE Deal Alert email service, then you probably should. Yesterday’s deal was the splendid Roxy Music 10CD Complete Albums Collection box for just £35 but it was gone in about 5 or 10 minutes!! Thankfully, many deals last much longer than that, but an alert hitting your inbox means you should normally have time to grab it – assuming you’re interested of course. It’s very easy to sign-up and you can switch them off again, whenever you wish. Click here and follow the instructions.

Deals for the weekend

All deals correct at the time of writing, but the nature of the beast is that the prices can change, so if you see a higher price than listed here that’s exactly what has happened! Use Google Chrome to automatically translate foreign language sites. 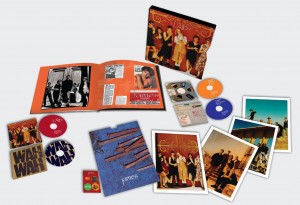 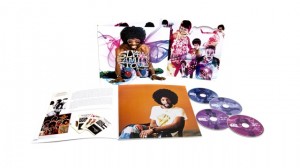 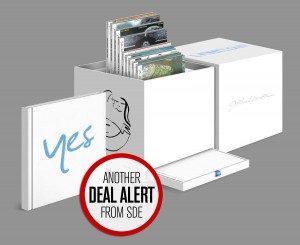 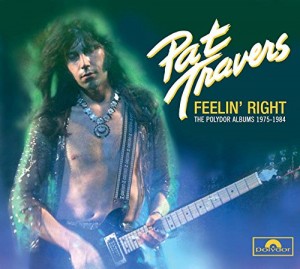