As some of you are probably aware, once Record Store Day is a week old stock is allowed to be sold online under current Record Store Day rules, even if you aren’t a ‘bricks and mortar’ store who was eligible in the first place. With that in mind I’m pleased to announce that for the first time we’ve got some of the more desirable RSD stock available in the SDE shop, including David Bowie, Madonna, The Rolling Stones, John Lennon and more.

I’ve tried to keep prices as low as I can, but please bear in mind that this isn’t particularly cheap stock to get hold of. Mostly things are between £20 and £30 with the odd exception!

Click here to head over to the SDE shop and have a browse! Everything is in stock and ready to ship. 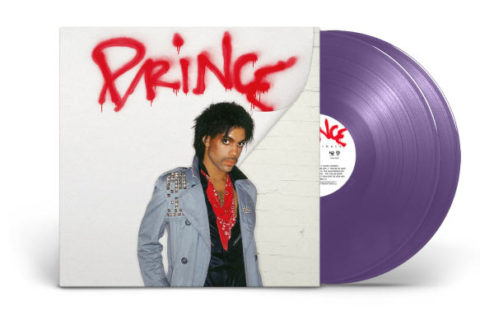 It’s been a busy week for big name reissues, including Paul McCartney, David Bowie and ABBA, but I must admit in most instances it’s been hard to get overly excited. The David Bowie Mercury Demos release was overshadowed by an absurd UK retail price, Universal have done a decent job with the ABBA Voulez-Vous reissue but at the end of the day the elephant in the room is Benny and Bjorn’s refusal to dig into the archives for demos/alternate versions and as for Paul McCartney, I think we’re all getting Egypt Station fatigue, aren’t we?

The one notable exception was Prince and I’m really excited about the Originals release. It brings together 15 of his original ‘demos’ (actually very well produced tracks) for others. It’s not overblown, it’s not too expensive and it’s quite concise. Next week I’m going to be lucky enough to have a chat with Michael Howe, Prince’s audio archivist and so I’d invite you to submit any questions you’d like me to ask him. Do this by leaving a comment on this post. I will collate the best/most popular questions and do my best to put them to him! 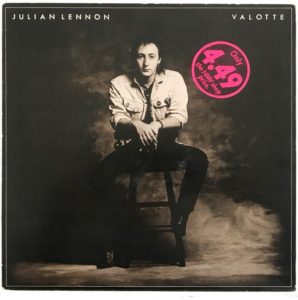 Sorting out my vinyl

I have recently had the pleasure of doing that time-honoured music collector task of alphabetising my vinyl.

Over the last four or five years what had happened was vinyl had spread around the house, with different ‘pockets’ of storage sprouting up all over the place, much to the annoyance of my wife and family (“when are you going to move those records?” “er, soon…”). In fact, truth is, it became massively annoying to me too, since you never really knew where anything was. ‘Recent’ purchases would build up in one place like some kind of temporary detention centre, decades old 12-inch singles had been segregated from the albums and housed somewhere else, while massive box sets weren’t necessarily adjacent to their single vinyl LP cousins. I’d be in the mood to play something, it wouldn’t be where I thought it was and then after 15-20 minutes of looking I’d give up in frustration – I’m sure we’ve all been there.

Anyway, after at least a week of on-off sorting out I now – more or less – have all my vinyl in one place. It’s around 2,500 records. I say ‘all’… there is no space for ANY of my sizeable soundtracks collection so that will have to go somewhere else. Also, I had to make a ‘rule’ that box sets only go into the A to Z if they are of ONE album. So for example the super deluxe of Tubular Bells, Kings of the Wild Frontier and Garbage’s first album are ‘mixed in’ with everything else, but massive career spanning album collections like The Doors‘ Infinite vinyl extravaganza or the metal Bob Marley Complete Island Recordings, are not. There are just too big!

But it’s great to see the 12-inch singles back next to the albums, especially classic stuff from the 1980s like Pet Shop Boys, Frankie, Wham! etc. For a few artists, namely Paul McCartney, David Bowie and Pink Floyd I also pulled them out and gave them their own ‘special’ area, due to the size of the collection and the importance (to me) of those records.

During this sorting out process, I discovered loads of duplicates, where over the years, like a numpty, I have picked up something from a charity shop that I already own! So I made a pile of about 50 records and took them to them back to a charity shop. The only exception to this was if the album was a different pressing. So for example I had three copies of Julian Lennon’s Valotte (a great record). I had two versions of the UK Virgin/Charisma edition and one copy of the US Atlantic pressing. So I kept the best version of the UK (complete with HMV sticker) and the US pressing and donated the other UK pressing.

I saw ‘my’ records in the charity shop a few days later (I pop in regularly anyway) at £2 or £3 a pop and actually witnessed a guy browsing through them, and picking some up. I resisted the temptation to say anything to him (probably a bit weird) but I was proud the shop actually had some decent vinyl for a change, since it’s normally a load of old dross. I’d given them a copy of Michael Hutchence semi-solo project Max Q, for goodness sake!

It’s strangely appropriate that the shop I gave the vinyl to was mental health charity ‘Mind’ because the very act of sorting out my vinyl and getting rid of unwanted records that are just taking up space has been a very therapeutic process. I now know where everything is, I can pull out obscure 12-inch singles within second of thinking about them and I’m probably playing and enjoying more vinyl than ever.

Have you gone through a similar process? Would love to hear about it, so do leave a comment.