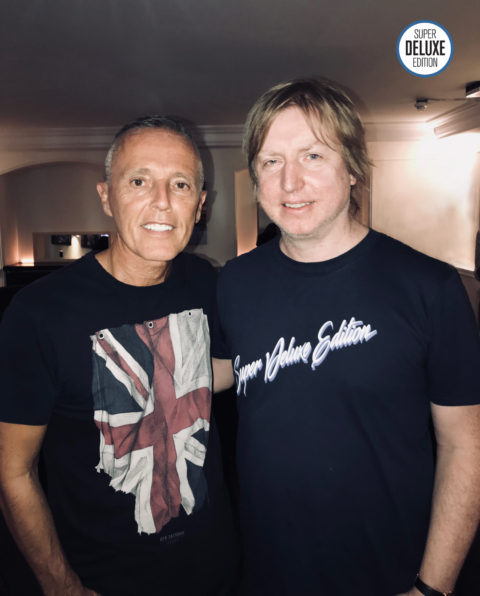 Thirty two years after they last played at London’s Royal Albert Hall and 12 years after their last headline show in the capital, Tears For Fears returned to West London last night to entertain an ecstatic capacity crowd with a 100 minute set that included all the hits and more.

24 hours on from their In Concert performance at the BBC Radio Theatre and with a newly announced 2018 UK and Ireland tour, there is definitely a feeling of momentum right now, especially since the new single I Love You But I’m Lost remains on the ‘A-list’ of BBC Radio 2’s playlist and the Rule The World greatest hits is only a couple of weeks away from release.

Last night’s setlist was effectively an expanded version of the one-long shows they have been playing of late, and everyone was on their feet almost immediately after Lorde’s version of Everybody Wants To Rule The World faded from the PA system and made way for the actual Everybody Wants To Rule The World, played live. It’s quite unusual for a band to perform their biggest hit right at the beginning of a show, and my theory is that the Roland and Curt aren’t necessarily as keen on this rather atypical TFF song as many of their fans and are quite happy to get it out of the way early! It also helps that they have their other US number one Shout in the back pocket for encore duties.

I thought the sound mix was an improvement on the what had been achieved at the BBC and the atmosphere was incredible. I’ve been lucky enough to go to quite a few shows at the Royal Albert Hall in the last few years, but can honestly say I haven’t seen a reaction like this. People were standing up and cheering virtually the whole way through. Absence really does make the heart grow fonder.

Because the evening was about Tears For Fears’ fans and not fans of Hall and Oates, or The Killers, or whoever, the band could dip slightly more deeply into their back catalogue and pull out a few gems. The title track of their last studio outing, Everybody Loves A Happy Ending is a case in point. It starts out (in my wife’s words) “like Pink Floyd” switches to stompy, parpy, psychedelic pop and then has a brilliant middle section which is pure early solo McCartney (“The darkness of the day...”). Please hand a P45 to the compiler of Rule The World who chose The Closest Thing To Heaven above this (they were both singles).

Another undoubted highlight was Badman’s Song from their third album, The Seeds of Love. That song is a thing of beauty. A highly complex, eight minute album track that was received last night like a hit single. Woman in Chains was equally impressive – one of two tracks played as an encore (you can guess the other).

The joker up Roland’s and Curt’s sleeve is the difference, musically, between the songs on The Hurting, Songs From The Big Chair and The Seeds of Love. The joy and exuberance of Sowing The Seeds of Love live is a thrill, but a concert just full of songs like that probably wouldn’t work. Cutting into the set with the intensity of The Hurting tracks, especially Memories Fade – possibly the best thing they ever did – really keeps the blood pumping. Of course, it helps that their debut delivered angst and hits. Mad World, Change and Pale Shelter (all played at RAH) were consecutive top five singles in the UK.  For all the world-dominance of Songs From The Big Chair, they never managed to repeat that again in Britain.

Talking of which, we just got the three big hits from Songs, albeit Head Over Heels did segue with Broken (they’d skipped that at the Beeb).

One very obvious omission was the new single, I Love You But I’m Lost. Only Tears For Fears would not play their new single at a concert and it perhaps demonstrates that despite the aforementioned ‘momentum’, the boys from Bath are still capable of being a bit contrary and not playing the game. Alternatively, it could be just bad timing. Certainly, when I saw Curt after the show, he told me that they just hadn’t had the time to rehearse it. He also confirmed that the plan is to release the new album in Spring next year. No word on the Seeds of Love reissue though!

In 2018 Tears For Fears will play Arenas around the UK and Ireland with Alison Moyet in support. You can read details of the dates (which go on sale on 3 Nov) on their website.

The Rule The World greatest hits is out on 10 November. Read more about that here. 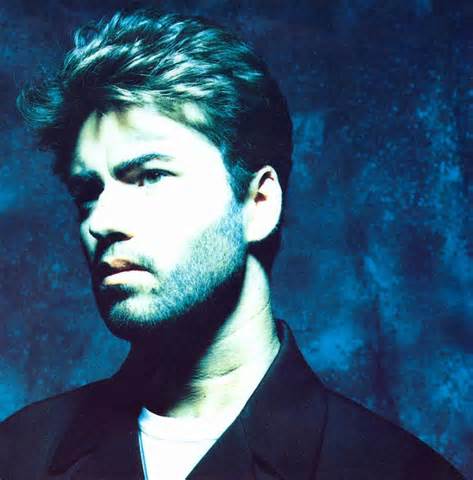 SDE ChartWatch George back at number one

Congratulations go to Sony and George Michael’s team for getting the reissue of Listen Without Prejudice to number one in this week’s UK album charts.

For any reissue to get to number one is a rare achievement. The Beatles‘ Sgt. Pepper’s Lonely Hearts Club Band did it in the summer of this year, with sales of around 36,000 units (across all formats) but George eclipsed even that landmark album, since Listen Without Prejudice sold 56,000 copies.

A combination of music fans still mourning George’s death, coupled with well-timed broadcasts of the new Freedom documentary and the airplay that Nile Rodgers’ reworked Fantasy achieved were all undoubtedly contributing factors to the success.

The media were busy comparing this to Pink’s album at number two (LWP sold 20,000 copies more) but the better comparison is The Smiths‘ The Queen Is Dead, which entered at number ten. Both are available as four-disc box sets and both are priced around the £30 mark. No figures have been released for the The Smiths, but I’d be surprised if it achieved sales of more than about a quarter of Listen Without Prejudice. Still not bad given that Morrissey and Marr aren’t actively promoting it.

This week: Tears For Fears take SDE’s advice and we explore the mystery of…