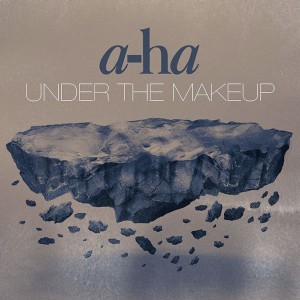 Listen to a-ha’s Under The Makeup

Those Norwegian purveyors of melancholy we like to call a-ha, have this week made available a song from their forthcoming album Cast In Steel. Under The Makeup is a windswept and rather beautiful string-laden track that really delivers, with a typically pointed lyric of regret and miscommunication. The opening lines are classic Paul Waaktaar-Savoy: “This is how it ends, each on our own / unless we pretend,  meanwhile our hearts turn to / stone shaped by wind, boulders slowly moulded over time, here within”.

a-ha and Duran Duran are both releasing albums at the same time of course. While this is no Blur v Oasis showdown, you can’t help but compare the heavyweights of the 1980s, as they regroup for a new studio album. I’m a big fan of both bands, but if you listen to the two songs, Duran’s Pressure Off and Under The Makeup, the latter is the track I want to play more. While it doesn’t quite reach the heights of their very best work, it just has more depth than the DD effort. You can imagine Waaktaar-Savoy writing Under The Makeup on an acoustic guitar in a few hours, whereas Duran Duran’s Pressure Off feels a little bit like songwriting via committee and a team of crack producers and musicians. It lacks a bit of heart. Of course, full judgement will be reserved until September when we get to hear both albums in full. In the meantime take a listen to the songs below and please leave a comment – would love to hear your opinions!

There was an amazing reaction this week to the newly announced Paul Young four-CD set that Sony Music asked me to compile. Thanks so much for all your positive vibes and encouraging comments. All 500 signed copies of Tomb of Memories: The CBS Years 1982-1994 sold out in little over 24 hours, which suggests that this has really hit the spot in terms of the rarities and unreleased material that is being offered as well as the price tag. If you missed out on the signed version, then the standard edition is of course still available to pre-order through the usual channels. Much more insight on this release over the next few months. 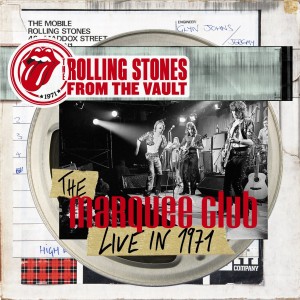 On Thursday on the SDE Facebook page we offered a copy of the excellent Rolling Stones ‘From the Vault’ Marquee Club Live in 1971 to one reader. Congratulations to Sean Rogers from Canada who was randomly selected at the winner. Sean, please get in touch and we’ll get your prize out to you.