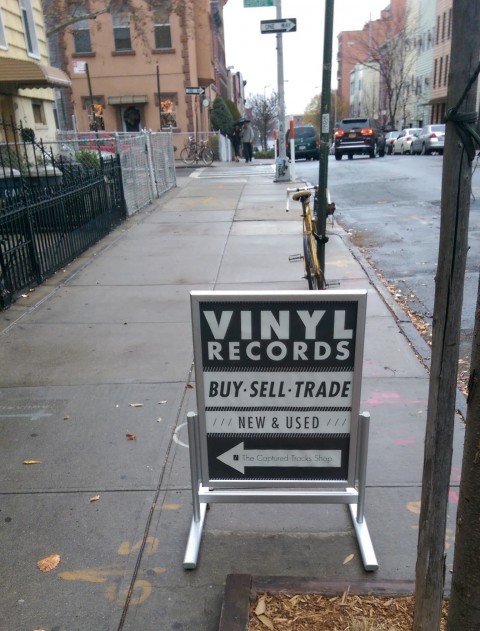 SDE back in Blighty

This time last week I was holed up in The Washington Square Hotel in ‘The Village’ in New York City, writing day three of my NYC diary. What a fantastic trip, made all the better thanks to your feedback and comments – sharing great info about record shops and places to eat. I even had the pleasure of SDE reader Greg’s company on the Thursday evening (we went for Pizza), which was extraordinary given that it was Thanksgiving and he had family at home!

I’d also like to say ‘hi’ and thanks to all the record store owners who gave me a friendly welcome, let me poke around their establishments with my camera and spared the time for a chat; in particular Gloria at Disc-O-Rama, John at Record Runner, Mike at Co-op 87, and Brian at Record Grouch.

Anyway, I’m just about over my jet lag and already thinking about a similar trip in Europe at some point during the first part of next year (suggestions welcome).

You can read the SDE New York adventure here.

I had a bit of a rant about this yesterday on twitter. I ordered a couple of tickets to Nik Kershaw‘s Men United in aid of Prostate Cancer UK gig yesterday morning. Ticketweb in the UK seem to be the only online ticket agency selling and I went through the normal process, but when it came to ‘select a delivery method’ screen, I was about to select ‘e-ticket (print at home)’, naturally assuming it would be free, when I was shocked to note that this company has the gall to charge £2.50 for fans using THEIR ink and THEIR paper and THEIR printer at home. This beggars belief! Talk about treating your customers with disdain…

It’s bad enough anyway, but to think that this is a charity gig and Ticketweb are happily creaming cash off of punters with nonsensical charges. It’s outrageous. They are already levying a ‘booking fee’ so this £2.50 charge is pure and utter greed.

I tried to elicit a response from the organisation yesterday, but they have ignored all communications. I know they are all as bad as each other, to a degree, but please I’d encourage you to avoid using Ticketweb if at all possible as a protest to this disgusting, contemptible fee.

Tweet to Ticketweb UK and let them know what you think of this charge. 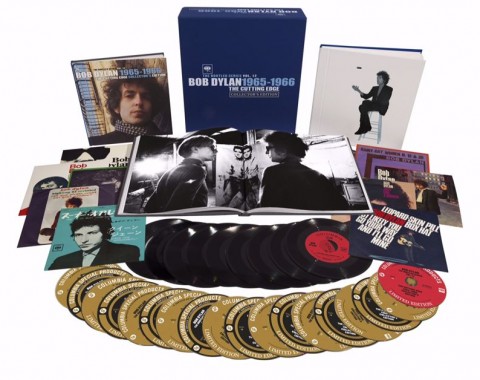 It’s rare these days for a major record label to ‘surprise’ fans with something truly unexpected, but that is exactly what Sony have done in the last 48 hours to those fans who swallowed hard and bought the $600, 18CD ‘Collector’s Edition’ of Bob Dylan‘s recent Cutting Edge Bootleg Series Vol 12 set (I’m still ‘thinking’ about a buying…).

They have emailed all purchasers an unexpected free download of 208 tracks (that’s ten hours) of unreleased live Bob Dylan performances from his 1965 tours! Very cool, and I’m sure a proper festive treat for fans. Hats off to Sony/Columbia for this gesture. I get that these sets are ludicrously expensive, but the money was already in the bank and this wasn’t something they needed to do.

Wording of the email in full:

We hope you are enjoying The Cutting Edge 1965-1966: The Bootleg Series Volume 12: Collector’s Edition. Thanks again for your purchase!

The holidays are coming early for you via a special gift from Columbia Records: 208 tracks encompassing more than ten hours of previously unreleased live Bob Dylan performances from his landmark 1965 tours, including 14 complete concerts – both acoustic and electric – and an array of recordings from television shows, hotel rooms, and other live appearances.

These live performances are being offered as a free download (in 320 Kbps MP3 format) exclusively to purchasers of the Collector’s Edition.” 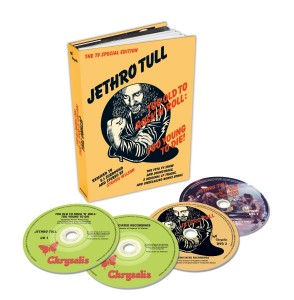 Bit of a boring week chart-wise, if I’m honest. Adele and Elvis continue their lockout of the number one and number two positions in the UK physical (and combined) album charts and it’s more about what hasn’t charted. 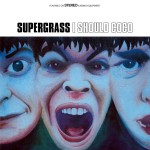 No sign of Parlophone’s excellent reissue of Jethro Tull‘s Too Old To Rock ‘n’ Roll: Too Young to Die! four-disc reissue and even more surprisingly the three-disc version of Supergrass‘ I Should Coco didn’t even sell enough copies to breach the top 100 in physical sales. I’m sure it didn’t help that, for reasons unrevealed, the three-CD deluxe turned up two and a half months AFTER the vinyl reissue. A pity, because the track listing is superb, even if the accompanying booklet is frankly, crap, with no essays, insight, annotations, track guides or ANYTHING to evoke the era. 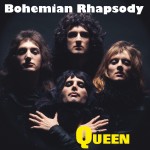 If we reflect on the UK VINYL single charts this week we can see the impact of Black Friday releases with Queen‘s Bohemian Rhapsody  12-inch straight in at number one. Sony’s picture disc of George Michael‘s Freedom! ’90 at number two and Macca‘s Say Say Say 12-inch close behind at number three.

All this activity forces David Bowie‘s Golden Years picture disc down to number five, although he still has five seven-inch singles in the top 30!